The Trump administration has placed a visa ban on some category of applicants in Ghana over the failure of the Ghanaian government to collaborate with the deportation of Ghanaians arrested for illegally living in the US.

A statement by the US states department said, Ghana may be laden with further sanctions if government does not begin to collaborate to receive its citizens marked for deportation.

“Ghana has failed to live up to its obligations under international law to accept the return of its nationals ordered removed from the United States,” Homeland Security Secretary Kirstjen Nielsen said. “The United States routinely cooperates with foreign governments in documenting and accepting U.S. citizens when asked, as appropriate, as do the majority of countries in the world, but Ghana has failed to do so in this case. We hope the Ghanaian government will work with us to reconcile these deficiencies quickly.”

Nielsen asked Secretary of State Mike Pompeo to sanction visas this week, and the top diplomat instructed U.S. consular officers in Ghana to impose visa restrictions on certain categories of applicants, which the DHS statement did not specify.

A 2017 annual report by Immigration and Customs Enforcement, the DHS agency tasked with removing people, said 305 people from Ghana were slated to be repatriated from Oct. 1, 2016, through Sept. 30, 2017. More recent data was not available and it’s not clear how many people Ghana refused to take back in 2018.

Countries accepting back citizens must issue travel documents for those being repatriated before the U.S. can deport them. In Ghana’s case, the government refused to supply ICE with those documents.

Because of the Supreme Court decision on Zadvydas v. Davis, ICE must release people in its custody after six months if a person does not have a pathway toward being deported.

In September 2017, the administration imposed visa sanctions on Guinea, Sierra Leone, Eritrea, and Cambodia for the same reason.

As of last July, nine countries remained uncooperative. There are still sanctions on Cambodia, Eritrea, Guinea, and Sierra Leone. Myanmar and Laos were determined to still be in violation and the U.S. government banned certain visa applicants, the Washington Examiner report. 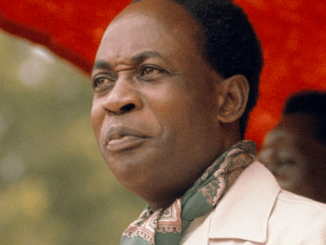 How the CIA masterminded the 1966 coup to overthrow Nkrumah 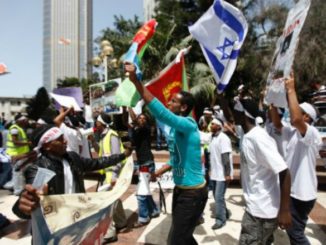