An innovative training programme to equip the youth in the Cape Coast metropolis on ways to tackle the growing sanitation menace by turning trash into creative works has been launched.

The novelty, which was spearheaded by Play Soccer Ghana, a non-governmental organisation (NGO) with support from the French Embassy in Ghana, is to equip the youth with knowledge, tools and skills to transform water sachets into useful items.

Addressing participants at the Oguaa Football for Hope Centre in Cape Coast, the Country Director of Play Soccer Ghana, Mr Franklin Asuo, said the problematic social and environmental consequences associated with the widespread use of water sachets brought about the need for the training which was dubbed: the NET Initiative.

He said although sachet water was an important source of drinking water in the country and the industry provided improved access to clean drinking water, it was the major cause of sanitation problems.

He, therefore, stressed the need for concerted efforts to create avenues that would tackle the problem.

The country director said the programme, which was being implemented in partnership with the Ghana Education Service, Metropolitan Municipal and District Assemblies (MMDAs) and the Ghana Health Service, would benefit young people in underprivileged communities in the Central and Northern regions.

He said as a means to tackle the growing problem of sanitation in the country, creative reuse should be encouraged among the youth through the collection of discarded materials from the public that could be reused and given new life to generate usable products.

“These newly created items can be sold to the public or donated to other groups for reuse, thereby reducing pollution”, he added.

A beneficiary, Ms Felicia Takyi, said the programme had equipped her with a skill that could be used to generate income for herself and her family.

She said she would also pass the training down to children in her community as a way to give back to the society.

Mobile Technology: From February 1, your Whatsapp could stop – Owners warn 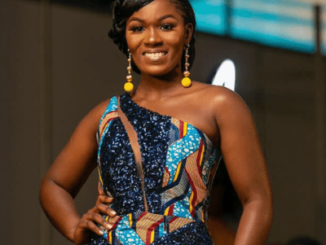