Former Chief of Defence Staff of the Ghana Armed Forces, Brigadier-General Joseph Nunoo-Mensah (Rtd) has advised Nana Konadu Agyeman-Rawlings to step down from the 2020 general election as a sign of respect to late former President Jerry John Rawlings.

He made the statement in an interview with JoyNews a day after the news of the demise of her husband, former President Jerry John Rawlings hit that nation.

According to Mr Nunoo-Mensah, Mrs Rawlings, the flagbearer of the National Democratic Party, should forfeit her interest in contesting for the highest position of the land after her husband’s passing.

He stated that “the wife [Nana Konadu] should save him [J.J. Rawlings] from that embarrassment by pulling out” of the general election.

The National Democratic Party (NDP) on September, 5, named Nana Konadu Agyeman-Rawlings as its flagbearer for the 2020 elections.

Mr Nunoo-Mensah disclosed that the late former President and founder of the National Democratic Congress (NDC), J.J. Rawlings was in a dilemma as to which presidential candidate to vote for in the December polls.

“I asked President Rawlings, ‘your daughter is standing for the NDC at Osu Klottey for NDC…your wife is also standing. Which of the two are you going to vote for?’ He couldn’t answer me,” he stated.
– 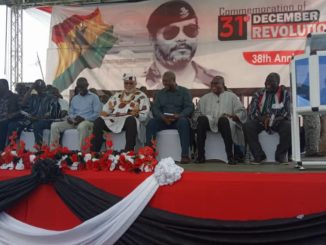 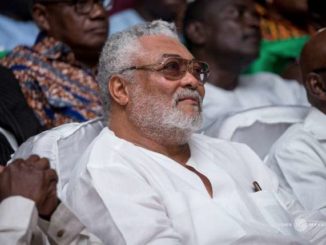