Former President Jerry John Rawlings has denied involvement in the infamous murder of the three high court judges and a retired military officer about 36 years ago.

A recent documentary by Multimedia News Channel, Joy News, titled “Who Killed The Judges” is pushing that the prime suspect, Joachim Amartey Kwei, could not have committed the crime without the backing of the authorities in the Provisional National Defence Council (PNDC), including Mr. Rawlings, who was the head of state.

According to the documentary, the dreaded Captain Kojo Tsikata agreed that Amartey Kwei ought to have obtained the pass from a higher authority before having unrestricted movement on that fateful night when there was curfew.

He is believed to have sanctioned the cold-blooded murder of the four persons.

A Special Investigative Board (SIB), chaired by Samuel Azu Crabbe, also recommended the prosecution of 10 persons, including Mr Rawlings’ right hand man, Captain Kojo Tsikata, who was National Security Advisor at the time.

But addressing KNUST students in Kumasi over the weekend, Mr Rawlings, who led the country for 19 years, insisted on his innocence, saying the killings were terrible mistake some of the comrades in the revolution did.

For Rawlings, some people, who are behind the recent publication of the documentary on the killing of the judges, want to tag him with a murderous tag.

He said he has the true story about those characters.

The four persons were picked from their homes in the night during curfew hours and sent to the Bundase Military Range where they were shot and their bodies burnt almost beyond recognition.

The judges, who were accused of being corrupt and bias, had adjudicated on cases in which they ordered the release of persons who had been sentenced to long terms of imprisonment during the tenure of the Armed Forces Revolutionary Council (AFRC) in 1979.

Abdul Malik Kweku Baako, Editor-in-chief of the New Crusading Guide, said on Saturday that Amedaka is cooling off somewhere in North America.

Mr. Rawlings told the gathering that “If I were blood thirsty as these people are claiming on 15th May, 1979, I could have ignited the thing and left it.  In ‘79, when people were calling for blood I could have just let go and let people do the killings.”

“How do I come back in the 80s when things have cooled down and say I want to kill judges?” he asked rhetorically, saying “it was a terrible thing some of our people did.”

“How do you choose how to knock me down without going too low? I have enough true stories about these characters,” an obviously unhappy Rawlings quizzed.

For him, the guilty persons were shot at the Teshie Shooting Range.

Mr Rawlings has officially not contested the findings of SIB Report that indicated that he had hand in the gruesome murders that took place when he was head of state.

When he was invited to appear before the National Reconciliation Commission (NRC) to tell his side of the story, he refused to heed the call.

When he was subpoenaed to appear before the Commission to come with two audio clips about the murders, he told the commissioners the clips were with a man who had died.

These accounts were all captured in Joy FM’s documentary, which has since reignited the debate about the sad incident of 1982. 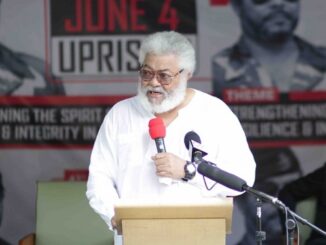 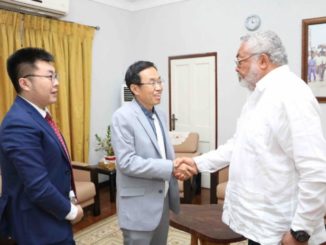 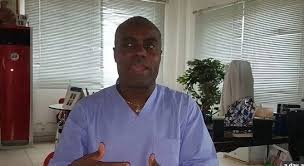