The Ghanaian-British virtuoso has designed buildings that are among the world’s most striking; this marks the first time in the award’s 172-year history that it’s been presented to a Black architect

The Royal Institute of British Architects has named Ghanaian-British architect Sir David Adjaye the recipient of its 2021 Royal Gold Medal, one of the highest accolades in the field. The judges praised Adiaye as “a singular and timely talent and a strong reminder of the insightful and integrative role of the architect.” It’s the first time in the award’s 172-year history that it’s been presented to a Black architect. Adjaye joins a pantheon of Royal Gold recipients that includes Frank Lloyd Wright (1941), Kenzō Tange (1965), Charles and Ray Eames (1979), Rem Koolhaas (2004), and Zaha Hadid (2016).

“It’s incredibly humbling and a great honor to have my peers recognize the work I have developed with my team and its contribution to the field over the past 25 years,” Adjaye, 54, said in a statement. “Architecture, for me, has always been about the creation of beauty to edify all peoples around the world equally and to contribute to the evolution of the craft.” Adjaye has created dazzlingly unique homes, commercial properties, product designs, exhibition spaces, and major arts centers through a career defined by contrasts.

Lost House in London’s Kings Cross neighborhood, for example, has no exterior windows. But a series of light wells flood the home with sunlight that bounces off the black resin floors. The committee praised Adjaye’s work as “contradictory and yet coherent,” balancing light and dark, elegance and austerity, weightlessness, and weight.

The son of a Ghanian diplomat, Adjaye was born in Dar es Salaam, Tanzania, in 1966—two years after the country gained its independence from Great Britain. His childhood was cosmopolitan and privileged: Adjaye was educated by private tutors as his family moved to Uganda, Egypt, Yemen, Ghana, Saudi Arabia, and Lebanon before settling in London in 1977. He earned a B.A. at London South Bank University in 1990 and, three years later, a master’s from the Royal College of Art. In 2000, he launched his own firm, Adjaye Associates. Today it has offices in London, Accra, and New York, and commissions all over the world. Though keen to avoid being labeled a “Black architect,” Adjaye acknowledges the role his roots play in his work.

“I think you are always a product of what you do and where you came from — you are shaped by your background,” he told Designboom. “I was very inspired by the world and the things that I saw, but what inspired me wasn’t the artifacts or the quality of architecture, but the power of architecture to shape societies.” He was knighted by Queen Elizabeth II in 2017, the same year Time magazine named Adjaye one of the year’s most influential people.

Celebrity clients have included actor Ewan McGregor, painter Chris Ofili, photographer Juergen Teller, and designer Alexander McQueen. But Adjaye has also put his stamp on major civic and cultural projects, including the Nobel Peace Center in Oslo and the Aishti Foundation complex in Beirut. He called designing the Smithsonian National Museum of African American History and Culture in Washington, D.C., “the defining project of my career.” Completed in 2016, the 31,000-square foot museum filled the last plot on the National Mall (where enslaved people were once auctioned) with a shimmering three-tiered façade inspired by a Yoruba crown. Among other projects, Adjaye is currently working on the National Cathedral for Ghana in Accra, the Studio Museum in Harlem, and the Abrahamic Family House interfaith complex in Abu Dhabi, which will house a mosque, church, and synagogue.

“The social impact of this discipline has been and will continue to be the guiding force in the experimentation that informs my practice,” he said. The ongoing pandemic meant most of RIBA’s awards were postponed until next year—including the prestigious Stirling Prize, given to the year’s best new building. “To maintain the consistency and rigor of our judging process, all RIBA Award–winning projects must be visited in person, therefore it is unfortunately not possible to continue with this year’s awards,” the organization said in a statement on its website. But because the Royal Gold Award is given for an architect’s entire oeuvre, rather than a single building, it was not impacted. This year’s selection committee included RIBA president Alan Jones, 2020 Royal Gold Medal recipient Shelley McNamara, architects Lesley Lokko and Dorte Mandrup, and structural engineer Hanif Kara.

“Through his work as an architect Sir David Adjaye speaks confidently across cultures, disciplines, politics, and continents,” the committee said. “His work reveals a core belief in the generative power of architecture. In a world that has become polarized he brings politics, art, and science together with architecture, as he works to create a better future.” Jones praised Adjae’s work as “local and specific and at the same time global and inclusive. His artistic and social vision has created public projects that perfectly demonstrate the civic potential of architecture–fostering empathy, identity, and pride.”
– 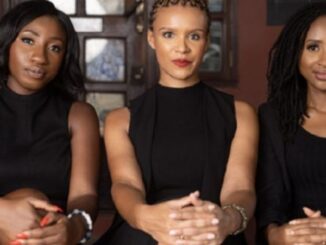 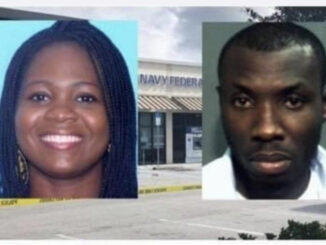 Ghanaian arrested in USA for shooting his partner 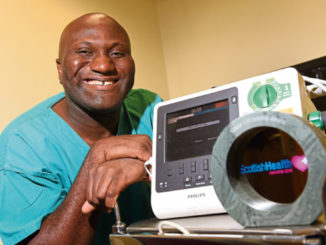