In Chapter 10, page 119 of his 2016 manifesto, Akufo-Addo made the specific pledge that within his four-year mandate he would (be) “upgrading all existing District Hospitals where they exist, AND WHERE THEY DO NOT (exist), ESTABLISHING ONE”.

Three years six months into his four-year mandate, leaving only six months for his mandate to run out, this same Akufo-Addo comes to tell us that but for the Covid 19 pandemic his eyes wouldn’t have opened to the need for hospitals in districts without hospitals.

At the NPP Manifesto launch in Cape Coast on Saturday, August 22, 2020, Dr. Bawumia said “… for the people of Cape Coast, I have good news for you: we are building a new harbour in Cape Coast and a new airport in Cape Coast.”

Because God wants to expose the duplicitous characters of Akufo-Addo and Bawumia; just the day before, on Friday 21st August, 2020, Mr. Akufo-Addo himself, in an interview on Cape Coast-based ATL FM, was specifically asked whether his government has any plan to build an Airport at Cape Coast, and his reply was that, “…We have to be able to decide for ourselves whether the need for the airport can be justified when you have Accra, you have Kumasi, you have Takoradi, you have Tamale whether on the coast with Accra’s presence there’s the need for an additional airport.”

So, while Bawumia was making a categorical pledge that an Akufo-Addo government will build a new airport in Cape Coast, *Akufo-Addo himself is telling us that a needs assessment is yet to be done to determine the need for such a project at this time.*

This deceit is further exposed by the wording of the promise with regards to building an airport in Cape Coast, as captured in Akufo-Addo’s 2020 manifesto.

This is how the deceit was phrased in Part Four of the manifesto, on pages 158-159 under the sub-heading *’Roads, Railways, Ports and Harbours’`*, “… Over the next four years, we will… *commence* construction of …a new airport in Cape Coast”.

The deceit becomes even more when one takes cognisance of the fact that in that same part of the manifesto, there were listed projects that Akufo-Addo says he intends to “complete” within the next four years.

As for the Cape Coast airport, Akufo-Addo’s intention is only to “commence construction” “within the next four years”. 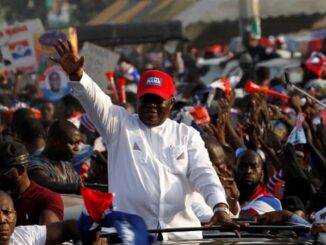 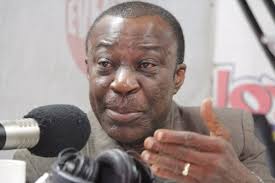 Govt launches Results Fair for Ministries to showcase their work 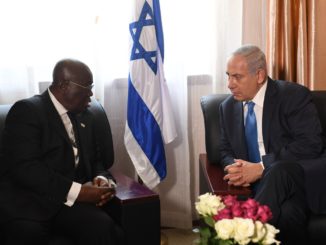 Ghana – the lynchpin in Israel’s attempt to woo Africans