Former President Jerry John Rawlings appears to mock at some of the aspirants in the upcoming flagbearer race of the opposition National Democratic Congress (NDC).

Mr Rawlings thinks that some of the aspirants including those who are nursing ambitions as running mates are not persons who should be entertained at the presidency since they have nothing to offer.

To him, those people “spend a little too much time grooming their moustache and dyeing their hair.”

In a tweet on Monday, Mr Rawlings questioned whether the presidency is not too busy for such individuals.

He quipped, “Isn’t the Presidency too busy a place for hopefuls/running mates who spend a little too much time grooming their moustache and dyeing their hair?”

A total of 13 aspirants have as of now declared interest in the vacant flagbearer position of the main opposition political party ahead of Election 2020. None of the aspirants have named a running mate yet but there is talk of some of the contestants’ joining the main race for secure bargaining rights to be considered for the running mate slot.

Other names such as former Minister of Agriculture and Ghana’s Ambassador to South Africa, Mr Kwesi Ahwoi has come up as a possible running mate to Mr Mahama.

But Mr Rawlings has also tied in the possibility of running mates being the target of his tweet.

The NDC has planned to go to congress in December 2018 to elect a flagbearer and that is expected to happen after the November 17, 2018 congress which would elect new national officers.

But before that, the party has allowed flagbearer hopefuls the opportunity to declare their interests in writing and go ahead to meet delegates to campaign. 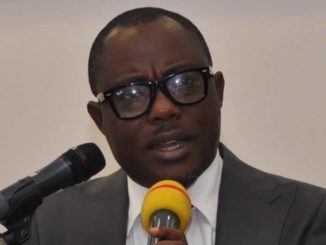 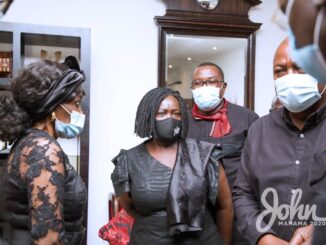