The James Beard award-winning television personality and chef is a big fan of goat, and he can’t understand why his fellow citizens are decidedly unaware of the virtues of this under-the-radar animal protein, much in the same way we still cling to our beloved NFL football over actual football (soccer).

Goat accounts for about 6 percent of red meat consumption worldwide, with the annual per capita consumption for goat weighing in at 1.7 pounds. The highest level of goat meat consumption anywhere in the world is Sudan, where 8.6 pounds of goat is consumed per person annually. The industrialized country with the biggest appetite for goat is China, with 3.5 pounds eaten per capita each year.

Depending on your family’s heritage and the part of the country in which you live, you might have more than a passing familiarity with goat meat. You might have enjoyed celebratory meals of slow-roasted cabrito at your abuela’s house. Perhaps the Jamaican side of the family made the reputed-aphrodisiac Mannish Water (goat’s head soup). Your Greek γιαγιά might have insisted that it wasn’t a proper Easter celebration without a whole roasted goat. But if those culinary traditions are not part of your background, you most likely have never eaten goat.

Based on numbers provided by Tatianna L. Stanton, the organizer of the goat program in the Department of Animal Science at Cornell University, it’s estimated that we consume only 0.25 pound of goat meat annually per capita in the United States.

And that’s not because we don’t eat a lot of meat. According to the U.S. Department of Agriculture, the average consumer will eat a record-high 222.2 pounds of red meat and poultry this year. So, although many of us are hungry for meat in general, we don’t seem to collectively have much of a craving for goat meat.

What’s wrong with the United States? Zimmern thinks we’ve been woefully misinformed. “Most people believe goat is a tough, barnyard meat that is somehow less desirable than pork, beef or lamb. I just don’t get it,” he told HuffPost. As the host of Travel Channel’s “Bizarre Foods,” he’s traveled the globe and eaten plenty of goat.

“I’ve had superb goat curries in the Caribbean, roast baby goats with chile vinegar and onions in Venezuela, spicy wok-tossed goat and lemongrass in Vietnam, elegant Michelin-starred plated goat rib and loin plates in Europe, goat head soup in Argentina, raw goat in Ethiopia, goat with lemons and chiles in Cypress and goat cooked with yogurt and flatbread in the Levant,” he said.

Other in-the-know culinary professionals agree with Zimmern. “Goats are noble creatures of great utility, and it’s time someone put some work into their PR,” James Whetlor, chef and founder of goat meat producer Cabrito, said in the introduction to his book Goat: Cooking and Eating. Many people, including Whetlor, think we can reform our animal-based protein production process by switching our eating habits to goat meat. Not only is goat often referred to as the healthiest of red meats, but goats can also leave the land a little better than they found it, since they subsist on the weeds other animals ignore.

“The function of goats on a farm is really remarkable,” said Dan Barber, the James Beard award-winning chef-owner of New York City’s Blue Hill and Westchester restaurant and education center Blue Hill at Stone Barns, and the author of The Third Plate.

“We have goats at Blue Hill Farm, my family’s farm in the Berkshires, and I’m always amazed at the role they play in the farm’s ecology,” Barber told HuffPost. “After the pigs scavenge through the woods, the goats come in and clear away brush and stomp down grass. Goats will eat absolutely everything. They’re like little lawn mowers.”

Goat meat is a healthier option and almost always free-range.

Goat is considered to be a red meat, but, according to the USDA, it contains 72 percent of the saturated fat in chicken and only 16 percent of the saturated fat in beef. It can be kosher and halal. Better yet, it comes with a clean bill of health in comparison to the worries surrounding feedlot-raised animals, since hormones are not approved for growth promotion in goats. This chart from the American Goat Federation breaks down goat meat’s nutrition compared with other meats: “It is difficult to factory-raise goat meat,” said Anita Dahnke, executive director of the AGF, a nonprofit national association representing those who raise goats for milk, meat and fiber, and for pack and grazing services.Dahnke, who also is a partner on a 100-head goat farm in west-central Indiana, explained: “Goats need to get out and ‘browse,’ not graze, so if you’re eating domestic goat, that animal was almost certainly free-range.” She says that most goat herds are definitely not big business in the United States: “The average herd size is 35 head, which is small, so they are not produced at a large-scale level.”

Can something this better-for-you taste good? The answer is a decided yes.

“Goat meat can be so mild,” said Bruce Weinstein, author of the cookbook Goat: Meat, Milk and Cheese. “It tastes like a cross between pork and dark meat chicken,” he told HuffPost.

If you’re a meat eater, goat is worth your consideration, he said. “If I’m going to eat an animal, I want to enjoy the flavor and feel that it was worth it for that animal to have lived and died. Most of the animals we eat had a horrible life, but not so much with goat. It’s a sustainable, locavore and world-class meat.”

Meat eaters often follow the same dull routine for their protein choices, said James Beard award-winning butcher and educator Adam Danforth, author of Butchering Poultry, Rabbit, Lamb, Goat: The Comprehensive Photographic Guide to Humane Slaughtering and Butchering. “Americans think of meat only through the triangular prism of beef, pork and chicken,” he told HuffPost. “Lamb is barely on folks’ radar, averaging under one pound of consumption per capita per year. Most consumers think goat tastes worse than they think lamb tastes, and it’s completely false.”

Andrew Zimmern’s food truck, AZ Canteen, featured a burger made of ground goat meat called the Cabrito Burger, and it was the top seller for all three years the truck was in business.

Actually, Danforth says, goat meat is sweet. “It has very little minerality and none of the ‘gamey’ flavor compounds you might find in lamb. It’s highly adaptable to other flavors without overpowering them, making it perfect as a more neutral meat choice for curries, stews and other dishes. Plus, all the cuts you get from lamb, you can get from goat.”

More people are beginning to order goat at restaurants. “In the past four years, goat’s appearance on menus has increased 14 percent,” said Claire Conaghan, syndicated group manager at foodservice and consumer product goods research firm Datassential. While 78 percent of U.S. consumers are familiar with goat as a protein, only 23 percent have tried it. “If goat is going to keep growing on restaurant menus, it will need to start appearing across the menu and in more approachable dishes, like sandwiches,” Conaghan told HuffPost.

Conaghan’s mention of sandwiches points to one of the most important ways people are more likely to try a new food: If it’s similar to something they already love. Goat burgers, which are just enough like beef hamburgers to seem familiar, may be the perfect entry-point recipe for the 77 percent of the population that’s never eaten goat before.

Zimmern’s erstwhile Twin Cities-based food truck, AZ Canteen, prominently featured a burger made of ground goat meat on the menu. “Our Cabrito Burger was our number one selling item for all three years our truck was in existence,” Zimmern said. Even as a big fan of goat meat, that amazed him. “I knew our goat burger was delicious, but I never imagined it would be that popular.”

U.S. goat production won’t increase until our demand does.

Most of the goats raised in the United States are meat goats (about 83 percent), and that’s a category that continues to be on the rise. But still, our supply is running far short of our demand. Dahnke notes that the U.S. imports 52 percent of the goat meat we eat, most of it from Australia. “We’re their best customer,” she says.

While there are about 2.5 million goats being raised for meat in this country, it’s estimated that 750,000 more would be needed to even out the trade imbalance.

“Goat is hard to source, despite the fact that they can be raised safely and humanely in all 50 states,” Zimmern says. “Proximity equates to reasonable pricing, freshness and quality, and that’s where the jam-up lies.”

Ian Gray, a Minneapolis chef, found his own workaround to the sourcing issue when he was operating Curious Goat food truck. He focused on an exclusive purveyor relationship with locally prized Singing Hills goat milk dairy to take excess goats (usually male kids) and turn them into chevre-topped burgers and other items. “People said it was the best burger they’d ever had.”

Still, his supply of goat meat depended on the number of kids born to the dairy’s does, and Gray supplemented for occasional scarcity by adding a rotating selection of heritage beef and pork to his menu. He hopes more farmers consider the addition of a goat meat operation but understands there are challenges: “They need to believe that chefs will see it as a great product, and they need to feel it’s something they could make money on.”

Here’s how you can find goat meat.

If you look in your local supermarket for the goat-meat equivalent of Tyson or Perdue, you’ll come up empty-handed. Goat herds aren’t raised on factory farms. For one thing, Dahnke said, there’s that small herd size. Then there’s the issue of how to process the meat. “Facilities that will process goat are often sparse and scattered, so producers often are faced with high transportation costs to get their product to market,” she said.

“Goats have never taken off as an industrial product, but from my perspective, that’s great,” Weinstein said. “Because of that, I know the meat is going to be ethically raised and slaughtered.” He suggested that goat meat, like many other once hard-to-find and now highly popular foods, is going to take over the world one farmers market at a time. “I live in rural Connecticut, and I have not one but two goat meat purveyors at my farmers market now,” Weinstein told HuffPost. “That wasn’t happening even a few years ago.”

In addition to seeking out goat meat at local farmers markets, you can ask for goat meat at neighborhood butcher shops and halal markets. Or check online for local suppliers, since many states’ departments of agriculture maintain lists of goat producers. If this is your first foray into cooking goat, you may want to start with a younger animal, one that was slaughtered at six to nine months, since that meat is usually milder. 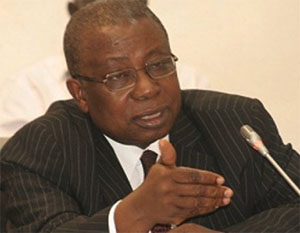 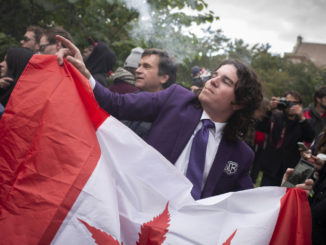 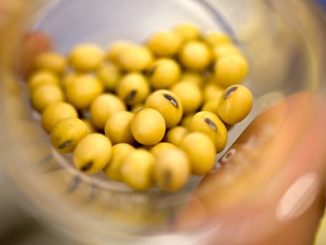