Paris: Secret documents leaked on the fiasco in Burkina Faso expose troubling information on the undercover activities of the American Multi-Billionaire Bill Gates in the small African nation and across the region. Intelicor veterans in Paris express unease as the Burkinabe government led by Prime Minister Paul Kaba Thieba resigned.

A leading Intelicor veteran thinks that the reason why President Roch Marc Christian Kabore demanded the resignation of the Prime Minister is related to the matter of the proposed release of genetically modified (GMO) mosquitoes in Burkina Faso under the sponsorship of Bill and Melinda Gates Foundation.

The story began in January 2018, when Bill Gates pledged USD $45 million to the health initiative in Burkina Faso. Some felt that the funds were a decoy to cover bribery to top government officials for allowing the program to release the GMO mosquitoes in Burkina Faso. The GMO mosquitoes were programmed at Imperial College London under a grant from Bill Gates to sterilize natural mosquitoes and humans across the African continent over time.

The terrifying news of the secret project for Human Sterilization of Africans with GMO mosquitoes alarmed African leaders, who quickly came down hard on President Kabore forcing him to act. Similar teams are working in Mali and Uganda. The homing endonuclease gene (HEG) that sterilizes the female mosquitoes also could be passed through saliva to humans during bites and the human in turn could pass it on through sexual intercourse to another human, in a cascade that could have the entire Black Continent exterminated before anything could be done about it. This is why 170 Global Groups called for Moratorium on the release of these new genetic extinction technology at the UN Convention.

The GMO mosquitoes were moved into Burkina Faso from UK illegally under EU regulations.

It goes to reinforce what critics have always said, that it is not about the mosquitoes but about making people sterile.

In the secret deal, the Minister of Health of Burkina Faso Professor Nicolas Meda appointed the wife of the Prime Minister Anne Thieba as ambassador for family planning.

And so she has authority over the funds. However, some say that “it is to keep it within the family”, that raised the smoking gun prompting in-depth investigation by President Kabore and could have exposed the comprising evidence against Prime Minister Thieba.

The Intelicor veteran said “in all cases, we see a pattern, that Bill Gates uses monetary bribes disguised as philanthropic donations to compromise African leaders, to take actions with devastating consequences for their nations”.

The HIDDEN AGENDA is usually not fully understood by the African leaders the source continues. According to a business consultant who has been involved in tracking Bill Gates’ investments in biotechnology, the main focus for Bill Gates is to have the controlling shares in the biotechnology companies for food production sold in Africa as GMO crops. With partners such as Monsanto (now under the German company Bayer with a troubled Nazi past.

Bill Gates will control the food security and polity of Africa and could at any moment exterminate the Black Africans in the Continent as his partners did in Vietnam and Auschwitz with agent Orange and Chlorine Gas.

Bill Gates used pseudo-names Boko Haram in Nigeria and Al-Shabab (formaerly unknown local Islamic groups with tens of followers) in Kenya to bring Black Africa’s fastest growing populations to a standstill. Boko Haram, Al-Shabab and ISIS are all funded by Bill Gates and were trained by Blackwater.

The Western governments are culprits in the crime, until the coming of Donald Trump the U.S. was the main sponsor in partnership with Bill Gates! Bill Gates owns the majority shares in Monsanto/Bayer.

For example, Bill Gates’ acquisition of Ginkgo a $1 billion USD biotech company in Boston MA that prints DNA for GMO crops will give him control over the food security in Africa, should the continent go GMO. Africans would not out of free-will give up their natural crops for GMOs except if they are forced to do so. An agronomist Anaïs Étienne says Africans would be left without choice because all the fields are being cleared by Boko Harma fighters and their farmers driven out to displaced people camps and would be given GMO crops to plant during rehabilitation through NGOs and UN organisations supported by the Gates Foundations.

Ismail Kadir, a real estate agent in Maiduguri, Nigeria says “all my foreign clients operating NGOs are taking rents for 5 to 10 years and I ask them what would they be doing here in ten years, if they do not think that the insurgency would last that long”.

Bill Gates is operating a special type of business philanthropy, whereby the aim is to create the problem of insurgency and offer the solution with GMO crops which will guarantee him as the main supplier of seeds and hence food, then grow it into a business worth $1 trillion USD by 2030.

On the other hand, Claudia McAnthony a reproductive health expert on sabbatical in an elite laboratory in Paris says “making Africans sterile would mean their women would go for invitro-fertilization (IVF) to seek for help to conceive, but their ovarian eggs would be poached for embryonic stem cell research as young Africans are killed for experiments in European and American laboratories of companies seeking to clone human organs for sale, a business worth over $30 trillion USD by 2030”.

Nigeria and Kenya supply most of the ovarian eggs used in embryonic stem cell research in Europe and America, only to leave the donors die slowing in Africa from kidney failure, liver failure, cancers and infections. It is convenient for Bill Gates to hire for the crimes against humanity, people posing as Islamists paid in US dollars through proxies and blame it on Islamic fundamentalists.

Bill Gates shows up frequently for photo-ops on Polio with African leaders and leaves donations to feed the corrupt practices in the continent.

The Polio program has been a very big cover for Bill Gates as the good man from America, while he uses it to facilitate clandestine operations including administering sterilizing agents.

And using the vehicles marked as vaccination team to convey Boko Haram fighters beyond military checkpoints. The process began since 2009 in the food growing region of Northeast Nigeria.

The mercenaries hired first from Liberia, Sierra-Leone, and later from Libya, Chad, Niger, by Blackwater/Academie/Xe owned by Bill Gates and Monsanto/Bayer.

Fighters are paid $10,000 a month as Boko Haram fighters in Nigeria by Bill Gates. The Boko Haram attacks will intensify as the elections in Nigeria draws near as it is now clear Bill Gates is supporting the opposition leader Atiku Abubakar who he could convince to allow GMO crops in Nigeria. In a recent visit to the U.S facilitated by Bill Gates, at a time there is a government shutdown it is clear Atiku Abubakar was not welcome anywhere within the US government and US Congress, but for a publicity stunt, and an opportunity to seal up the deal with Bill Gates in person.

Atiku Abubakar has been barred from the U.S. pending US Congressional investigation on corrupt practices by him and his family in the United States from Nigeria.

Many experts expect Bill Gates to sponsor dramatic Boko Haram attacks aimed at embarrassing the government of President Buhari of Nigeria and to help the opposition.

Some think that Bill Gates using his Boko Haram mercenaries have planned attacks with aim of assassinations of top officials to demonstrate to Nigerians that their government is weak on security. The government of Burkina Faso has been in partnership with the US government under the Obama administration and Bill Gates, and provided its territory for U.S. military bases for training of the top mercenaries for Boko Haram to fight in Nigeria.

Some have suggested that, Bill Gates and George Soros financed the coup in Burkina Faso in 2015 to maintain these military bases for sponsorship of the insurgency in Nigeria and for destabilization of the entire West African region.

The Bill Gates sponsored Jihadists have now turned against the Burkinabe government as relations soured because of pressure from African leaders. There is growing dissatisfaction among African leaders with actions of Bill Gates on the African Continent. Even more distressful is the connivance with leaders of Western Countries like France, Germany and Britain, who have collaborated in the destabilization of Africa.

The growing popularity of China is a direct reflection of the feeling of unease in African capitals that the entire Western countries have gone rouge. According to Laurent Kosic, a political analyst in Paris, who has lived for over a decade in Africa, said “this is typical of Africa, they would rather avoid you than pick a fight, but what they need now is a total ban of genetically modified organisms across the continent”.

“The effort by Bill Gates to sterilize the entire black people of Africa with GMO foods and GMO mosquitoes all fits well with UNFPA targets to depopulate the continent and provide a means for perpetual colonialism” – he added.

The watch is on as President Kabore names Christophe Dabire as the new prime minister, but the last is yet to be heard from the events unravelling in Burkina Faso. 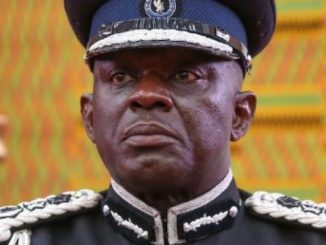 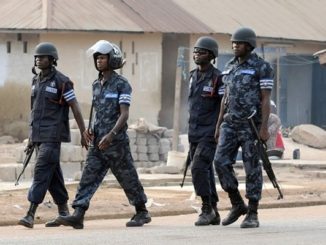 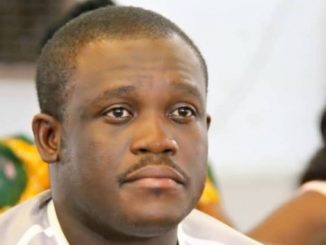