Vodafone will share the movements of customers to stop the spread of viruses such as Ebola. Photograph: George Osodi/Bloomberg/Getty Images Vodafone is partnering with the government of Ghana to share the movements of its customers to help track and contain the spread of epidemics such as the Ebola virus.

The charitable arm of the mobile phone company said it would provide real-time tracking data from its 8.7 million customers in Ghana, which could provide invaluable information on population movements during an outbreak.

The level of activity at each mobile phone mast can provide a “heat map” of where people are and how far they are moving. This information, which Vodafone says will be “aggregated and anonymised” so individuals will not be identified, could also be used by the Ghanaian government to make crucial decisions in areas such as transportation and agriculture.

The Vodafone Foundation said analysis of such data could provide potentially life-saving insights during an epidemic, such as the 2014 Ebola outbreak across West Africa.

“As we can now measure human mobility it is possible to model how infections spread,” said Joakim Reiter, the Vodafone external affairs director. “Mobile technology can enable access to … data about human behaviour and the ability to examine the mobility of an entire population. This has the potential to save thousands of lives.”

Vodafone, which said the programme was one of the first of its kind, will provide information to the Ghana statistical service which will then be shared with other government departments to allow them to “allocate resources more efficiently and identify the areas at increased risk of new outbreaks”.

A data privacy expert warned that although using large-scale, anonymised information may appear to protect individuals from identification, Vodafone will still have to be very careful not to breach people’s rights. “In order to create big data, you have to gather little data – information about specific individuals – in this case tracking people’s movements,” said Robert Lands, a partner at the law firm Howard Kennedy. “That’s where data protection law comes in, as you would have to make sure that the tracking is compliant.”

He added that some organisations dealing with big data can “get it wrong” by not completely anonymising data, even though they believe they have.

Vodafone said data being gathered would not breach any privacy or data protection laws. 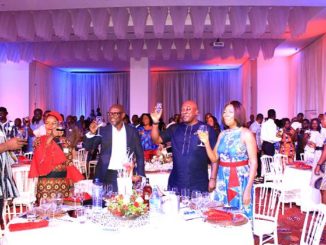