The Schengen visa is undoubtfully one of the most famous visas in the world, and one of the best to have as well. Granting to its holder the possibility of traveling to 26 European countries, 22 of them part of the European Union, the number of Schengen visa applicants has been steadily increasing every year.

Currently, travelers from 104 countries and entities need to obtain a visa to enter the EU for stays up to three-months within the Schengen Zone.

The Schengen Visa has often been dubbed as hard to obtain. However, now the EU is changing some of the rules to the Schengen Visa Code that regulates visa issuance and benefits, in a bid to facilitate the application procedures for travelers and consulate staff.

The EU Visa Code, which is a set of rules that regulates application procedures, processing and issuance of short-stay visas to the European Union, officially known as Schengen Visas.

The Code is also known as the Regulation (EC) No 810/2009. It came into force in 2010, and since then, it has been applied by all European Union Member Countries and associate states implementing the Schengen Acquis.

The common visa policy has been an integral part of the establishment of the borderless Schengen area, and has contributed to the enforcement of other Union policies, such as those concerning external relations, trade, education, culture and tourism.

Throughout the years, the Union has used the Visa Code to ensure a better balance between migration and security concerns, economic considerations and general external relations.

Why is the EU Updating the Visa Code?

In May 2018, the European Commission adopted a proposal on the revision of the Regulation (EC) No 810/2009, under the purpose of strengthening the common visa policy while taking into account migration and security concerns.

The revised form of the Visa Code also suggested that the role of the EU’s Visa Policy should increase more in relation to cooperation with third countries.

Overall, the Commissioners behind the proposal said they intended to facilitate visa procedures for frequent travelers to the Schengen Area, and by rewarding countries that collaborated in readmission of illegal migrants and other similar fields, with easier visa procedures.

After the Commission adopted its proposal, the European Parliament backed it up in April this year, and then the Council of the European Union gave it the green light later in June, which was the last step towards its implementation.

When Does the Updated Visa Code Start Implementation?

All Schengen Visa applicants lodging an application file from the first Monday of February 2020 and on, will be subject to the new Schengen Visa Code.

Officials of several EU countries implementing the Schengen Acquis confirmed to SchengenVisaInfo.com, that the new Visa Code will start implementation in the same period in all Member States.

“Since Regulation (EU) 2019/1155 of the European Parliament and of the Council of 20 June 2019 amending Regulation (EC) No 810/2009 establishing a Community Code on Visas (Visa Code) is binding in its entirety and is directly applicable in all EU Member States in accordance with the Treaties, all Schengen countries, including Lithuania, will apply it from 2 February 2020,” an official from the Information Monitoring and Media Division of Lithuania explained for SchengenVisaInfo.com.

What Is Set to Change for Visa Applicants?

The new rules will bring several changes to the visa application procedures, and improve the benefits that come with a visa.

The main changes foreseen by the updated code are as follows:

The new code also introduces a mechanism that asserts, whether the visa fees should change or remain the same, for every three years. Another mechanism that will use visa processing as leverage will also be introduced, in a bid to improve cooperation with third countries on readmission.

Higher Visa Fees for Every Applicant

The first way how applicants will be affected by the new visa code is through the visa fees.

Children aged 0 to 6 remain exempt from the visa fees.

The new code also introduces a mechanism that asserts whether the visa fees should change or remain the same, for every three years. Some of the countries cooperating with the EU in terms of readmission of illegal migrants may also benefit from reduced visa fees.

Application Form Can Now Be Signed and Submitted Electronically

In a bid to facilitate visa application procedures, the updated Visa Code instructs Member States allow application forms to be completed and submitted electronically, where possible.

It also obliges them to allow visa applicants to sign the application form electronically, which electronic signature should then be recognized by the competent Member State.

Another benefit that the new code brings for visa applicants, is that it extends the period within which an application can be lodged, from three months to six months in advance of a trip.

Seafarers in the performance of their duties can as f February, submit an application as early as nine months in advance of their arrival at any of the Schengen ports.

The latest an application can be submitted, however, remains 15 calendar days before an intended trip to the Schengen Area.

Travel Insurance remains mandatory for Schengen Visa applicants, despite attempts to make it optional. In fact, the new code highlights the importance of having Schengen Insurance when applying for a visa.

As for travelers applying for a multiple-entry visa, they will have to prove they are in possession in possession of adequate and valid travel medical insurance covering the period of their first intended visit.

In this regard, even the new visa application form established by the EU, has a declaration at the end that states “I am aware of the need to have an adequate travel medical insurance for my first stay and any subsequent visits to the territory of Member States.”

Schengen Members Need to Appoint Representative Missions in Every Country

The new code obliges all Schengen Member states to be present in every third country, through their embassy/consulate, another Member States, or by outsourcing Schengen visa admission to an external service provider.

The obligation comes in a bid to facilitate visa application, as well, so that the nationals of some countries will no longer have to travel to a neighboring country just to lodge and application.

External service providers will be able to charge a service fee, which should not exceed the amount of the visa fee.

More Benefits for Frequent Travelers with a Positive Visa History

Travelers frequently visiting the Schengen Area, who also have a positive visa history, meaning they have lawfully used their previous visas, they have a good economic situation in the country of origin and a genuine intention to leave the territory of the Member States before the expiry of the visa for which they have applied, will be granted with the benefit of getting a multiple-entry visa valid for up to five years.

This benefit will not be limited to specific travel purposes or categories of applicants. However, Member States are instructed to have particular regard for persons travelling for the purpose of exercising their profession, such as business people, seafarers, artists and athletes.

Visa Processing as a Readmission Leverage

The new visa code foresees using visa processing as a leverage to push third-countries collaborate in terms of readmission of illegal immigrants.

Thus, the Commission will assess regularly, at least once a year, third countries’ cooperation with regard to readmission, and find whether a third country is cooperating sufficiently and whether action is needed, in particular in the field of migration. 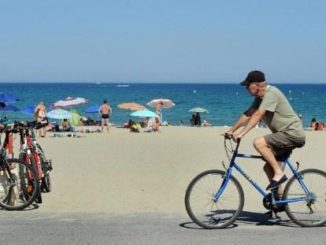 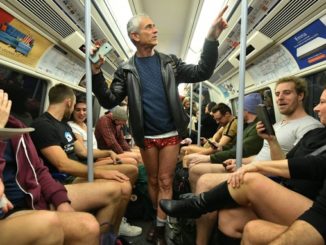 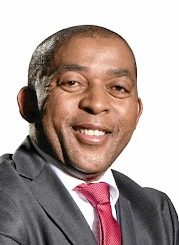