Mike Nyinaku, Chief Executive Officer (CEO) of the defunct Beige Bank, has denied reports that he was arrested by the police, saying he was only invited by the law enforcement agency to assist in ongoing investigations.

His latest admission was triggered by his denial of the lead story of the Wednesday edition of DAILY GUIDE, and a debate has started on some social media platforms as to what constitutes an arrest and invitation.

Speaking to a radio station following the publication, he said he was only invited by the police over an enquiry the law enforcement agents were undertaking regarding the disposal of some vehicles by a subsidiary of Beige Bank.

Accordingly, DAILY GUIDE stated in the story that he was arrested following the disposal of cars belonging to some entities of Beige Bank, a transaction which was a breach of the state’s takeover of the collapsed banks.

Beige Bank was said to have invested heavily in related companies.

Mr. Nyinaku does not see his frequent visits to the police to assist in investigations as suggesting arrest but rather an invitation to assist the law enforcement agents in an investigation of the sale of cars by one of his companies.

Explaining further, he pointed out that there might be confusion over the difference between Beige Bank and other companies owned by The Beige Group.

On his alleged selling of cars belonging to the bank, he said that a company under The Beige Group, BBS, leased cars to Beige Bank before its collapse.

“After the collapse and subsequent takeover of the bank by the state, the arrangement with BBS was terminated; the BBS started disposing of some of the cars because we lost business.

“We have not engaged in any sale of property belonging to the former Beige Bank.”

Continuing, he said “all assets that belong to the former Beige Bank are with the Beige Bank and not a single one of them has been encumbered by me or any person related to me.’

Beige Bank is one of five banks merged into an entity known as Consolidated Bank Ghana by the Bank of Ghana (BoG) following the revocation of their licences.

The investigation covered how the banks used entities created outside the banking terms of operations.

Beige was also accused of obtaining its licence fraudulently, which is being probed.

Mr. Nyinaku holds 99% of the properties of the defunct bank and its affiliated entities, including insurance, finance house, properties and pension funds.

He is said to have used the defunct bank to fund the activities of all these affiliated appendages.

Following the discovery of the anomaly, the BoG intervened as it did for other challenged banks.

The operations of five failed banks were consolidated while two others were taken over by GCB Bank. 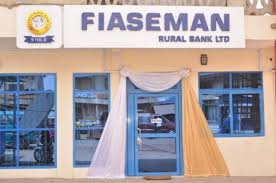 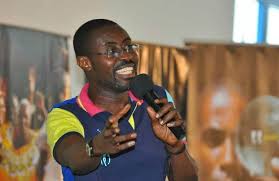 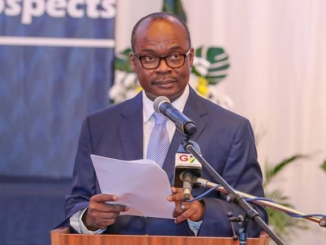