A recent study found that 43 percent of Ghanaians are obese because of fatty food and a sedentary lifestyle. Awareness of the problem is growing, but experts fear that not enough is being done to contain it.

Fast food restaurants are springing up all over the country, especially in urban centers. But the food on offer is as a real health threat to consumers. In the city of Tamale, the Verity Restaurant wants costumers to remain healthy.

Nayabri David is chopping up vegetables in the kitchen. David is the head chef of the restaurant. In his nine years of experience cooking both local and inter-continental dishes in Ghana he found a lot of bad practices in many restaurants, he told DW. “I realized they are using too much unnatural spices and also using oil to fry chicken. Not only chicken, but any other meat without, even proper seasoning,” he added.

The chef says that there is no need to deep fry food. He prefers to grill the meat, which he believes to be much healthier. Experts agree. They say excess fat in food can lead to hyperlipidemia, which means high levels of fat or cholesterol in the blood. This represents a major health risk and can lead to obesity.

Junk food is a root cause of obesity A study conducted in February of this year by the Kwame Nkrumah University of Science and Technology and the University of the Western Cape in South Africa, found that 43 percent of Ghanaians are obese. One of them is 17-year-old Farihan Tiyumba who currently weighs 125 kilograms (275.5 pounds). Farihan is deeply worried and unhappy. “I don’t feel myself. If I go out people look at me somehow. Some call me obolo,” he told DW.

Obolo means obese person in Ghana. Farihan’s four siblings of are also obese. They have been put on therapies which include food control and regular workouts.

Many fast food places in Tamale do a brisk business. Daily, dozens of people come in to grab packed food. The problem is that almost all of these places fry their food. This city, just like any other city, town or village in Ghana, is full of such joints. The kind of food they sell, compounded by the urban sedentary lifestyle, is one of the main causes of obesity.

The need to exercise

Abdallah Yahaya, a senior physician and consultant at the Tamale Teaching Hospital, believes the trend to be very worrisome. “Obesity is caused by carbohydrate,” he says, going on to explain that without exercise, excess carbohydrate converts to fat “and then it increases your body weight. Mens’ abdomens will grow big and for the women it will be the hips. These are all dangerous fats”. That’s because they block the arteries and allow less supply of oxygen to reach the body’s extremities, he explained.

As a result of changing lifestyles, non-infectious diseases in Ghana are on the increase. At the Teaching Hospital in Tamale, 73 percent of the cases are linked to lifestyle. Dr. Abdallah says that wealthy families are more at risk than poor households. “People with tertiary degrees, who have good salaries and can afford to buy this junk food for their children, are more obese than those living in the rural areas,” he told DW.

Back at the Verity Restaurant, Sheba Kumfah, the restaurant’s CEO, advises families on how to teach their children to eat properly. “Most children love to snack on sweets,” she acknowledged. This is why it is so important to teach them to snack on fruits and vegetables instead. “They grow up to live that kind of lifestyle and so it is easier,” she said. It is much more difficult to change their eating habits if they grow up on biscuits and industrial sweet beverages, Kumfah said.

The food culture in Ghana is another factor in the growing rates of obesity. Staple foods such as tubers and cereals contain high levels of carbohydrate. They represent no danger as a long as you have a healthy lifestyle. But in modern Ghana, more and more people now lead very sedentary lives. 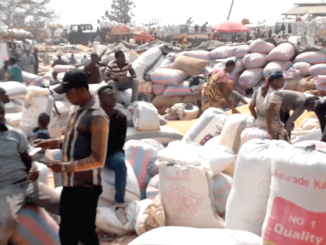 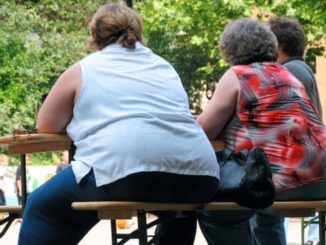 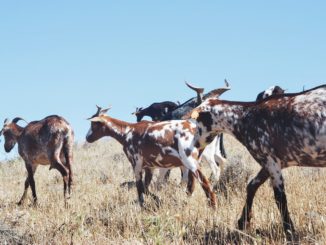 Food: Goat Meat Could Save Our Food System, But We’re Too Afraid To Eat It