Nana Oye Lithur has responded to the divorce petition filed against her by Tony Lithur, her husband of 27 years and said the allegations in the petition were not true.

In a press statement dated June 13, 2018, signed and issued by Nana Oye Wednesday evening, the former Cabinet Minister said, “it is unfortunate that a private family matter should now become a subject of public discussion.”

“In the past 24 hours, I have been overwhelmed by calls from friends and family expressing concern about the divorce petition filed by my husband,” she wrote.

Adding she said: “I would like to assure everyone that by the grace of God, I am fine. Thank you for your prayers, support and show of love.”

Delving slightly into the myriad of allegations leveled against her in the petition as grounds on which Mr Tony Lithur was asking for the divorce, Nana Oye wrote: “Everyone who knows me, and everything I stand for will know that the unfortunate allegations against me cannot be true.”

She acknowledged: “there is no doubt that these are trying times for my family; and I would like to count on your prayers, especially for our children.”

“As a lawyer of 25 years standing, I have a firm belief in the legal system and in God Almighty to vindicate the truth,” she added.

Mr Tony Lithur on May 2, 2018 filed a Petition for divorce against Nana Oye Lithur at the Divorce and Matrimonial Division of the High Court, Accra.

Mr Lithur, is a private legal practitioner and founder of the law firm, Lithur Brew & Company. He is the private lawyer of former President John Dramani Mahama and played a vital role in the defence of the former President in the famous Election Petition of 2013 at the Supreme Court.

Nana Oye Lithur, is also a lawyer and principal of the non-governmental organisation (NGO), Centre for Human Rights Advocacy. She is human rights advocate and was a Cabinet Minister responsible for Gender, Children and Social Protection between February 2013 and Jan 2017.

The docket copy of the divorce Petition was leaked on social media on Tuesday June 12, 2018 and has generated public discussion following the myriad of allegations against Nana Oye Lithur and the grounds on which Mr Lithur is asking for the divorce.

They have been married for 27 years first under customary on April 14, 1991 and subsequently celebrated the marriage under Ordinance at the Christ the King Catholic Church in Accra on January 16, 1997.

They have four children.

On Wednesday morning, after the petition was published on social media, Mr Lithur issued a statement and pleaded with the public to give his family some privacy.

“While acknowledging the existence of the filed Petition, I would like to say that the process is an emotional and difficult one for us and our children,” Mr Lithur wrote.

“I would therefore very respectfully and humbly, ask the general public to kindly give us, our children and loved ones some privacy to deal quietly with this painful stage of our lives,” he added. 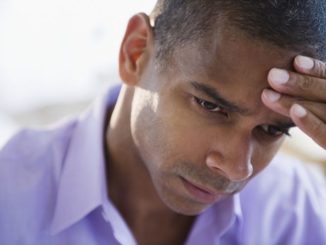 Relationships: 9 Signs Your Spouse Is Cheating 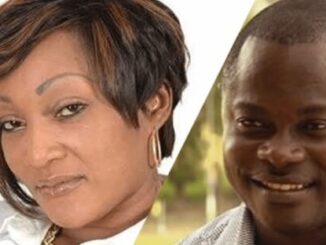 Breaking: Court throws out appeal against Odartey Lamptey by ex-wife 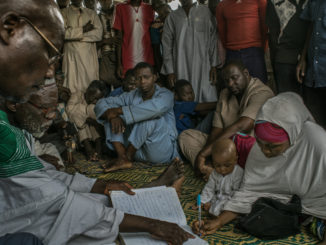