The Paramount Chief of Abeadze Traditional Area in the Central Region and the Vice President of the National House of Chiefs, Daasebre Kwebu Ewusi VII, has challenged Ghanaians to make deliberate effort to develop character traits that are of national interest and ensure they are embedded in various training and development outlets, including the home and the school to ensure a ‘whole being’ education for the next generation.

This, he said, should be very essential for the nation as the neglect of it will lead to the loss of a national character among the next generation and subsequent ones.

Daasebre Kwebu Ewusi said on the other hand, if the nation adopt that deliberate effort to train its members, it would help maintain its integrity as members of the society would have a certain noble and dignified character.

The summit was organized by ‘Addison International’ and it is the largest community learning event in Africa dedicated to building emotional capital.

‘This year we have a unique theme and it is very important theme for all of us — ‘Building National Character of the New Ghanaian: the Role of Emotional Intelligence.

To me, a national character is a system of conducts, values and convictions shared by the majority of the members of a society and is the most common type of behaviour of the adult members of a society. This is very important to every nation, for it affects every aspects of a nation’s existence.’’ he said.

Daasebre further pointed out that Ghanaians needed to develop a national character as a nation so we can take back control of community cohesion and position Ghana as a rich ground for inward humam capital investment where other nationals would come and find the best in innovation, human resource and products.

“Some believe that with effective governance, nations’ economies could significantly grow and benefit their people, but I wish to draw your attention to the fact that this noble assertion will greatly suffer if we ignore essential life character traits like ‘empathy, respect for elders, honesty, discipline, hard work, integrity, love for community, love for nation and commitment to societal norms and aspirations, to mention but a few,” he concluded.

The Emotional Intelligence Africa Summit was hosted by the nation’s first internationally qualified emotional intelligence coach, Mr. James Kwesi Addison, who underscored the need for a national character to serve as a wheel and strength so that Ghana to foster and strengthen our national identity.

‘’It is imperative we build the next generation of people with an impressive national character and we cannot be successful in this if we leave out the development of emotional intelligence capabilities,’’ he added.

Mr Addison emphasized the fact that these essential skills are teachable, learnable and also transferable and assured that ‘Addison International’ would continue to offer its best in making sure that Ghanaians in particular and Africans in general become capable of overcoming the challenges the continent faced, using emotional intelligence skills.

The summit was attended by traditional rulers, the clergy, politicians, teachers, students, public and civil servants from the various sectors of the economy such as education and health, all from Ghana, some members of the diplomatic community in the country and people from Nigeria, Kenya and Zambia.

The students included the deaf and dumb and their interpreters, and those from GIMPA, University of Ghana, Legon, Presbyterian University at Abetifi in the Eastern Region, and New Century Career Training Institute at Dansoman in Accra.

The St Patrict International School band from Kasoa in the Central Region were on hand to entertain the participants.

A cross-section of the participants expressed appreciation for the knowledge they acquired at the summit. 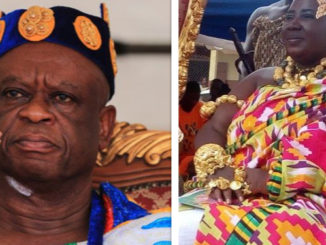 Covid-19: 13 persons come in contact with an identified coronavirus patient in Central Region 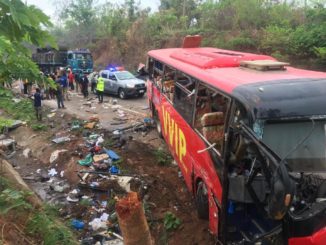