The campaign team of Alhaji Huudu Yahaya, a National Democratic Congress (NDC) chairmanship hopeful, has strongly condemned the introduction of ethnocentric elements into the body politic of the party in the run-up to the party’s congress next Saturday.

In that same stance, it has called on party delegates to disregard any rumour of a possible step down by Alhaji Yahaya, saying such a rumour was borne out of the myopic imagination of his detractors.

Those behind that campaign were those whose campaign was floundering and had almost lost steam because of the warm and overwhelming endorsement Alhaji Huudu Yahaya was receiving from delegates and from other core constituencies in the NDC.

A press release issued by Mr Ben Avornyotse, the spokesperson for Alhaji Yahaya, on Monday said “we also wish to note that Alhaji Huudu Yahaya’s candidature is of no disadvantage to any presidential aspirant but rather his experience and track record, both in public and private life, are what the NDC needs at this crucial time.”

The spirit of competitive democracy

Those attacks, he said, sought to attack the persona of Alhaji Yahaya and were orchestrated by some aspirants in the NDC chairmanship contest, saying apart from devaluing the spirit of competitive democratic elections, it also cast those indulging in those “shameful acts as lacking in democratic candour and political maturity.”

The statement, therefore, called on delegates to remain focused and disregard any attempt to divide the party with campaign messages that were deliberately crafted to promote tribal identification rather than uniting the party’s ranks, reviving its structures in order to reclaim victory.

Mr Alhaji Huudu Yahaya, according to the statement, remains focused on the goal of recapturing power for the NDC and that he was of the firm conviction that it could only materialise through his agenda of reconnecting with the party through the grass roots.

Values and principles of NDC

The campaign office of Alhaji Huudu Yahaya wished, therefore, to remind those indulging in those acts to reflect on the values and principles on which the NDC was founded.

“We in the NDC, pride ourselves as the only true national party on the basis that we are tribal and ethnic blind. The NDC is differentiated from its main political opponent for being home to all Ghanaians irrespective of ethnicity, tribe, religion, colour, race and educational attainment. It is therefore distasteful for some of the aspirants to resort to ethnic and tribal
politics unknown to the NDC in its internal contest,” it asserted.

The discerning NDC delegates, according to the statement, ought to see through the “chicanery and opportunism” of those deviants and pay more attention to the greater future and interest of the party. 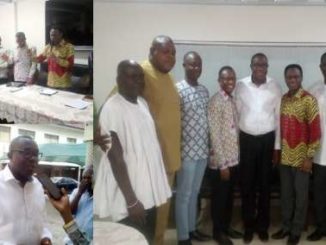 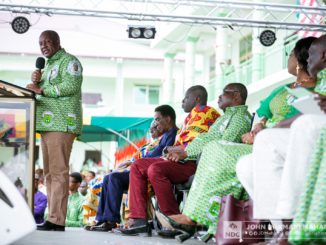 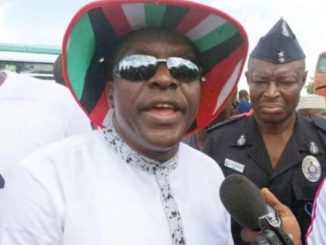