Actress Christabel Ekeh has narrated how broken she felt after hearing of Ebony’s death and she has a lot of regrets as she feels she has also influenced the late singer negatively.

According to Miss Ekeh, who has turned over a new leaf, by living a Christ-like life as a devoted Christian, she couldn’t sleep for a week when the news of the singer’s demise reached her.

Speaking on a Show on Hitz FM, she said “It really really really shook me and I started to feel so terrible. She was younger than me, I came into entertainment earlier, I’ve been doing this, I probably even have influenced her in a way or two, I could have lived better to influence her, I couldn’t sleep for a week”.

The actress added that she has now encountered God herself, leaving her past behind because she has cast her burdens onto God and she now feels very light and happy.

Pulse.com.gh also heard her add that her new life convinces her that Jesus really changes people.

“I couldn’t handle a lot of things but now things don’t even get to me … so now if I go online and I see those things, although I cringe … sometimes I will be like eii wow, after a long while, I haven’t seen my past so when I see them, I am like eii, like it’s a strange person eii I can’t even recognize the person … so it tells me Jesus really changes you.” she said.

Talking about her viral nude videos, Christabel added that she was so hardened by then and was going through a painful phase to get back at some people who hurt her, hence the message on her back in the photos.

However, she says has now forgiven all of them to live her life in Christ. 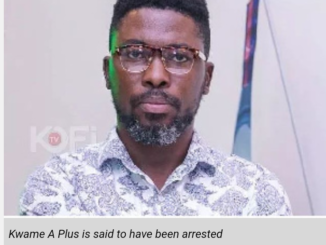 Kwame A Plus Arrested 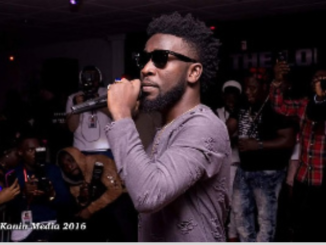