The Audit Service has said its recent performance audit on the administration of scholarships by the Ghana Education Trust fund (GETFund) was necessitated by complaints from students abroad experiencing delayed disbursement of funds, among other issues.

The Principal Auditor at the Audit Service, Alberta Awoo who made this known on the Accra based radio Citifm said the audit also sought to discover whether GETFund was acting in tandem with its mandate.

“We were there to ascertain whether GETFund acted in accordance with its mandate as stated in the GETFund Act 2000 Act 581 in administering scholarships. We went there because we had information on the hardship students were going through whiles studying in schools abroad based on the difficulties they had in paying their fees because of delays in funds from GETFund.

“So we focused on whether GETFund had established systems and policies to ensure that the funds were applied efficiently and effectively and whether they had measures to award scholarships within its funds allocation and whether they had selection process to ensure that scholarships were granted to qualified Ghanaians and finally whether they have instituted controls to secure the efficient and effective disbursement of public funds. We have various types of audit and performance audits are not the regular audit that the Auditor General carries out yearly but rather necessitated public outcry, news in the media and other things.”

The Auditor-General ultimately indicted the GETFund for breaching its mandate and “illegally” funding foreign scholarships.

The performance audit report said the GETFund Secretariat “breached the object of the fund and administered the scholarship themselves.”

The report also said, “GETFund did not establish any systems, policies, and procedures to ensure the economic, efficient and effective use of public funds.”

The Auditor-General concluded that the failings of the GETFund led to brilliant but needy students being deprived of scholarship in favour of politicians in some cases.

The former Director of the Ghana Education Trust Fund (GETFund) Sam Garba has denied any wrongdoing in the manner in which he administered scholarships during his time in office.

A performance audit conducted by the Auditor General on the GETFund found that over 2,000 scholarships were awarded to undeserving people including politicians.

The report, which covered a period between 2012 and 2018 found that the GETFund largely circumvented processes to award the scholarships and failed to institute systems to scholarship monies were prudently used.

Mr. Gariba who served between 2012 and 2016 said he only followed the existing procedure in awarding scholarships upon assumption of office. 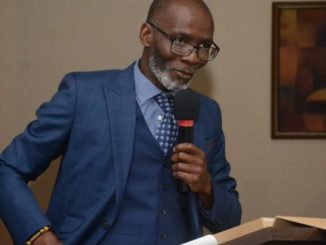 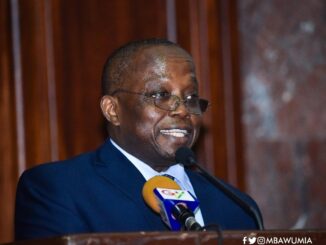 ‘We’re fed up’ with ‘baby’ Domelevo – Audit Service Board Chair