Abbotsford, B.C. woman has been hospitalized in Africa while she waits for her adopted son’s citizenship paperwork to be approved by the Canadian government in a process she expected to take no more than a week, but has left them in limbo for months.

In early August, Kimberlee and Clark Moran travelled to Ibadan, Nigeria to adopt their two-year-old son Ayo. The Abbotsford, B.C. couple spent weeks finalizing their son’s citizenship documents and then travelled to Accra, Ghana in September to drop off the necessary paperwork at the Canadian immigration office there.

Since then, Clark has returned home to Canada for work obligations while Kimberlee and Ayo wait in Ghana for the final phase of the citizenship process to be completed.

“My wife is at the lowest point she’s ever been at in her life,” Clark tearfully told CTV Vancouver on Thursday.

Kimberlee has multiple sclerosis (MS) and her condition has worsened while she has been living in Ghana without access to her regular follow-up appointments for a treatment she received for the disease last year.

“I lost normal feeling in both of my feet and both of my hands. All 4 of my limbs are numb. All 4 limbs,” she wrote in a Facebook post earlier this week.

On Thursday, Kimberlee posted a photo of herself lying in a hospital bed and shared that she had been admitted for testing, treatment, and observation.

“Ayo is staying with friends and the doctors and nurses are doing everything they can to keep me comfortable,” she wrote. “Say a little prayer for me!”

Clark said their family isn’t asking for any special treatment. He said they just want to be able to bring their son home to Canada.

“All that we’re asking for at this point is just to issue the travel documents that are necessary just for my son to travel. That’s it,” he said.

In early November, Kimberlee said she received a response about their case from Immigration Minister Ahmed Hussen. He told her the first part of their application for Ayo’s citizenship was approved on Sept. 21 and the second part is currently “in queue for review” by the Canadian visa office in Accra.

“Unfortunately, I cannot provide a timeframe for its completion,” Kimberlee said he wrote.

The Morans’ dilemma has attracted the attention of Abbotsford MP Ed Fast who said he sympathizes with the family.

“What’s happened to the Morans is heartless. It is cruel,” he said.

Fast said his office has received conflicting messages about whether the Morans’ file has been marked as urgent.

“We found out a month later that the file has not been flagged as urgent despite their assurances in writing that it had been flagged,” he explained. “There’s something wrong in the department there, something terribly wrong.”

When contacted by CTV News, Immigration, Refugees and Citizenship Canada (IRCC) said in a statement that intercountry adoption is a “rigorous” process that can take between six and eight months under ideal circumstances and as long as two years depending on the child’s country of origin and other factors.

The department said they have to rule out possible scenarios, such as trafficking or abduction, before they can grant citizenship.

Clark said he’s just hoping his family’s Christmas wish of bringing their son home comes true and they can all be reunited.

“What’s really in the best interest of our child is that he’s home here in Canada with his parents,” he said. 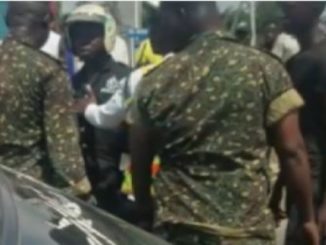 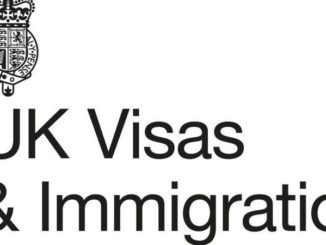 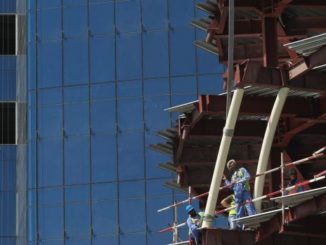