The Cabinet has approved $50 million for the second phase of the University of Ghana Medical Centre.

The Minister of Health, Mr Kwaku Agyeman-Manu, told Parliament last Wednesday that the $50 million was the estimated cost of the second phase.

He said the Ministry of Health would lay the request for the amount in Parliament next week for approval.

Mr Agyeman-Manu was answering a question posed by the Member of Parliament (MP) for Adaklu, Mr Kwame Goveens Agbodza, as to when the completed phase of the new hospital would be fully operationalised.

He said part of the $50 million would be used to procure drugs and non-drug consumables, as well as secure a reliable power supply for the hospital.

He said the procurement of the consumables and a reliable power supply would guarantee the operationalisation of the hospital by the end of July 2018.

“By next week, it will be laid before the House for approval and we will have money for critical items whose completion will actually trigger the operationalisation of the hospital,” he said.

Mr Agyeman-Manu confirmed that the first phase of the hospital had been virtually completed. “From the preparations we have done so far, I want to confirm that the information that the Minister for Information put in the public domain is correct and the hospital will start operating in the course of July,” he said.

He said the Presidency, under the leadership of the Chief of Staff, had constituted a technical team to see to the operationalisation of the hospital.

“The team has recently presented its report and some proposals have been made. Plans are underway to appoint the required immediate staff for the facility, as well as the management structure to run the hospital,” he said.

He, however, indicated that the government still owed the contractor $10 million for the first phase of the project.

Mr Agyeman-Manu denied that the Ministry of Health and the Ghana Health Service were imposing the management team of the hospital on the authorities of the University of Ghana.

“We are not seeking to impose any management on the university; we are collaborating with the university to operationalise the hospital,” he explained. 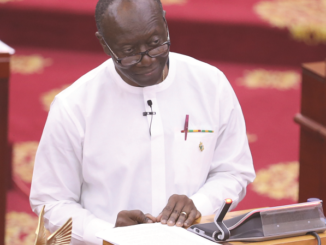