The Rwandan community in Ghana in conjunction with The Rwandan Consulate in Ghana on Saturday April 7, 2018 held the 24th commemoration of the 1994 Genocide against the Tutsi’s.

The event which took place at the China Europe International Business School (CEIBS) East Legon, saw Representatives from UN, Ghana Government, Ambassador of Cote d’Ivoire to Ghana, dignitaries from across the globe, students, media just to mention but a few representing.

Explaining the theme “REMEMBER –UNITE –RENEW”, Professor Clement Dzidonu of the Consulate in Ghana said: Rwanda is a country with its people that have made up their mind to unite, move on and would never forget what happened 24 years ago and will continue to commemorate this. He added that remembering this event is a source of inspiration for the country at large, that there is a better way and they the people of Rwanda have come to accepting each other with no traces of genocide.

Again he added that, every nation has its own history, things they chose to forget and move on and others that cannot be erased from their memories. “The genocide against the TUTSI 24 years ago is one which cannot fade from the books of Rwanda hence the theme “Remember”. Uniting amongst them has been a key element in their lives and with renewed zeal they are together changing the face of Rwanda to making it ‘Shining Star of Africa.

Dr. Vladimir Antwi Danso, Lecturer at the Ghana Armed Forces command and Staff College speaking on his experience with Rwanda and Rwandans, revealed that, Rwanda has for the past few years been his second home and his experience in the country is overwhelming. Dr. V. A. Danso emphasized on the fact that “the genocide in Rwanda was a crime against humanity not just Rwanda as a nation, this nation was only the pin point”. There is a need for constant reminder of this event and always support what the natives believe in that is “never again”, he said. This would help us know the way forward as we correct errors from the past and build a stronger future together. Dr Danso reiterated that, “Although people think Rwanda is a dictator country, that myth has helped the country improve with intense rapidity to develop the country”. The effort of Rwanda to succeed by creating a strong court system to aid in the reconciliation and under a dignified leadership with prudence economic management, Rwanda is one the best countries in Africa today, he said.

“Rwanda has improved so much that, Kigali has been said to be the neatest city in Africa and this is not evident by dictatorship but by the willingness of the people to succeed”.

Dr. Vladimir Antwi Danso appreciated the efforts of Rwanda to get the country moving again and not forgetting completely that a tragedy ever occurred by portraying it through their museum.

Also speaking at the event was, the Chairman of the Rwandan Community Ghana, Gatete Bernadine who commended the masses for making it to the 24th celebration, briefed them on how Rwanda is striving to build their country. He added that the unfortunate act against humanity which occurred in Rwanda took over one million lives. He explained that the united nations have enforced a law that would deal with any persons responsible for genocide hence there should be more co-operations to help curb this.

He added that, the case of the Rwanda was different as the genocide was not from external paths but of some Rwandans against other Rwandans. They would forever remember this unfortunate event but would thank their President, H.E. Paul Kagame for his effort to re-build their economy at the point where the world was virtually during nothing after the genocide, he said. “Over the past 24 years Rwanda has risen to become a prosperous, dynamic and a progressive nation”.

Gatete Bernadine ended with words and coasts of encouragement to the people of Rwanda and the world as a whole, to keep the flame of ‘remembrance, the flame of resilience and the flame of hope’. “Rwanda has changed for good from hopelessness to hopefulness and Rwandans are people who stand up for their rights and do not fight for their rights with evil”. He advised that, the flame should be kept burning to build a greater tomorrow.

The event was gingered with students from Rwanda accompanied with some friends who sang songs of hope and read 100 messages to represent the 100 days of genocide, with 24 candles to also represent 24 years of celebrating the tragedy that occurred.

The 24th commemoration of genocide against the Tutsi – KWIBUKA24, with the theme ‘Remember – Unite – Renew’ ended gracefully with a cocktail version with lots to eat and drink and a platform to socialize for all. 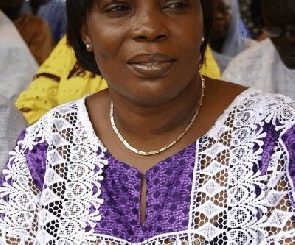 Minister directs MMDCE’s to recite the national pledge for lateness 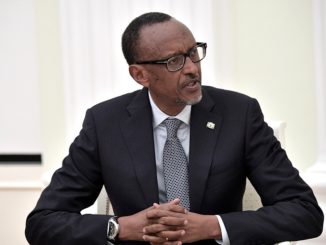 Kagame sends warning to anyone attempting to destabilise Rwanda

2 Comments on WE WILL FOREVER REMEMBER – RWANDA COMMUNITY GHANA