A suspended member of the New Patriotic Party (NPP) Dr Nyaho Nyaho-Tamakloe has said the decision by President Nana Addo Dankwa Akufo-Addo to dismiss four Chief Executive Officers in a day is a cover-up.

According to him, government should have given reasons why the four heads of State institutions were fired adding that their dismissal is uncivilised.

“If it is about incompetence come out and talk about it so that the public will know… that is my problem with leadership in this country; not this present leadership, it has been present for years,” Dr Nyaho Nyaho-Tamakloe who was suspended by the Greater Accra regional executives for undermining the peace and unity of the party said on 21 Minutes with KKB.

But Government’s spokesperson on Governance and Legal Affairs, Herbert Krapa on Accra-based Citi FM said the CEOs were sacked to pave the way for other equally competent people to take over to drive the president’s vision for the country.

“President after a year and a half is in such a place that he is able to have a holistic view of what is happening in the various sectors of the government of his administration and be able to say which people are running with his speed to deliver on the mandate of change that he has which people to step aside with some renewed force and energy to come and deliver on the mandate that the president has.”

He further explained that “…one of them is a bit of a technical matter and has to do with the CEO of the Korle Bu Teaching hospital. Dr Anyah was still acting, and the public services commission could not recommend his approval because of his age. This is because, for them, Dr Anyah had gone beyond the statutory age limit that is why his appointment was not confirmed.” 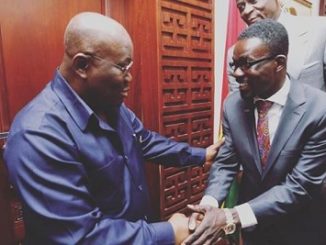 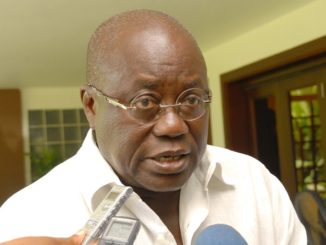 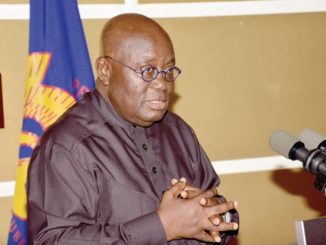