The Regent of Nakung, a town in Karaga in the Gushiegu District in the Northern Region, Adams Mahama has been released from police custody after he was arrested in Yendi Sunday morning by a joint police and military team.

His arrest in Yendi, the Dagbon traditional capital heightened tensions in the area until news went round that he has been released.

The Regent who was sent to the Northern Regional Coordinating Council (RCC) in Tamale was said to have been cautioned and released by the police.

The move attracted some youth from Tamale who besieged the Northern Regional Coordinating Council (RCC) to demand the release of the caretaker chief (Regent).

A source at the RCC told Graphic Online that the Regent of Nakung was arrested after allegedly sneaking into Yendi to be enskinned as the substantive chief of Karaga.

The move by the Regent according to the source was contrary to the recommendations in the Dagbon roadmap for peace which was recently submitted to President Akufo-Addo by the Asantehene-led Committee of Eminent Chiefs.

According to the source it was stated in the roadmap that nobody should be enskinned until the performance of the funerals of two late Ya Nas, Naa Mahamadu Abdulai and Naa Yakubu Andani II respectively.

The funeral of Naa Mahamadu Abdulai, the father of the Abudus is to take place from December 14 to 28, 2018. After a one week break, that of the final funeral rites of Naa Yakubu Andani would also be performed from January 4 to 19, 2018.

It was against this background that the Regent of Nakung in Karaga was picked Sunday morning in Yendi by the joint police and military team on allegations that he was going to be enskinned as the substantive chief of Karaga contrarily to the recommendation in the roadmap.

Meanwhile, reports suggest there is an uneasy calm in Yendi, the seat of the Dagbon Kingdom as preparations are underway for the final funeral rites of the two chiefs.

Information gathered suggest that there are concerns that the funerals of the two Ya Naas should not take place as announced in the roadmap since there must be an enskinment of some substantive chiefs for Karaga, Gushiegu, Tolon and Mion where there are regents, Graphic Online reports.

As part of the preparations towards the performance of the final funeral rites of Naa Mahamadu Abdulai, five rounds and a Zong is being put up at the old Gbewaa palace in Yendi. 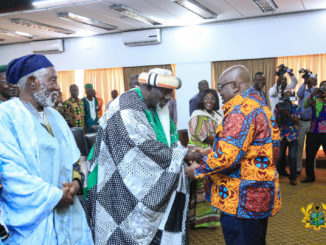 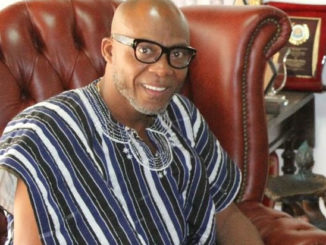 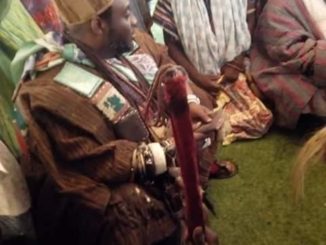 Boling-Lana installed as Regent of Dagbon