Some executives of the governing New Patriotic Party (NPP) in the Nadowli-Kaleo constituency of the Upper West Region, have threatened to resign en bloc if the leadership of the party fails to find a lasting solution to the impasse between them and the District Chief Executive (DCE), Catherine Lankono.

At a press conference at Nadowli on Monday, the group, comprising 10 constituency executives and some electoral area coordinators numbering over 100, accused the DCE of sidelining them and disregarding their party’s structures in the discharge of her duties.

Joseph Dassah Kontomah, the Nadowli-Kaleo Constituency Communications Officer of the NPP who briefed the media, said “the DCE, both in conduct and in speech fueled factionalism by selectively working with a few preferred executives who ostensibly support her plan of vying for Parliament.

“She wouldn’t even recognize or involve majority of us the executives because she perceives us as not supporting her intended parliamentary ambition”.

The group also accused madam Lankono of engaging in acts that are detrimental to the growth and development of the NPP in the area, and also failing to recognize the suspension of a constituency chairman by the regional executives.

Joseph Kontomah further accused the DCE of favouring members of the opposition National Democratic Congress (NDC) to the neglect of their grassroots supporters.

“The DCE is more comfortable with the NDC, and when we complained, she said she was at post to serve the interest of government and not the party.”

The group maintained that they will have no other choice than to resign en bloc if steps are not taken to immediately call Catherine Lankono to order.

“We want to state that if leadership fails to bring her to order and she continues to work with the suspended chairman, we will all resign from the party.”

Citi News contacted the DCE, Catherine Lankono, but she declined to comment on the allegations levelled against her. 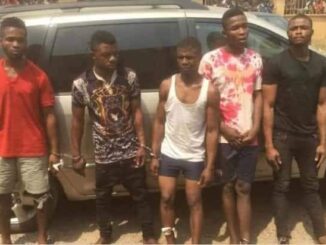 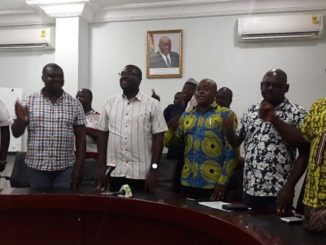 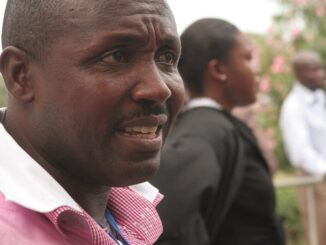