The disturbing report was observed from a  brutal multinational military operation conducted last Friday between Ghana, Burkina Faso and Cote d’ Ivoire, in which over 300 suspects were rounded up within the borders of Ghana as compared to less than ten in her Eastern and Western neighbours.

The exercise, codenamed KOUDALGOU II, was conducted simultaneously along the borders of the three nations to combat cross-border crimes, such as smuggling, drug trafficking, terrorism, human trafficking, and illicit arms dealings.

It followed a multilateral security agreement among the Presidents of Ghana,  Burkina Faso, Cote D’ Ivoire, Togo and Benin, to allow their heads of intelligence and security agencies to engage themselves through regular security meetings, identify security threats along their common borders and institute measures to address same.  The first of such operations codenamed KOUDANLGOU I was conducted among Burkina Faso, Benin, Togo and Ghana, in May 2018.

In this second operation, armed troops from the three nations launched simultaneous incursions on some targeted far-flung districts and communities along their porous northern borders where regular internal security assignments have been minimal or in some cases totally impossible.

In Ghana, the Military, Police, Customs Division, Immigration Service, Narcotics Control, Forestry Commission, National Fire Service and Ambulance Service, carried out the operation supervised from a mini  staging post in Bole, a small strategic town in the northern region, roughly 724kms  with the border with Cote d’ Ivoire after the Black Volta.  Heavy arsenals, including two armoured vehicles, were used in the operation.

The areas of the operation extended from Banda Nkwanta, Tinga, Wasipe, the Bui National Park, Plumbujara Park Reserve, to Tumu and Kpongu in nearby Upper West Region.  All the areas were mining communities, some, situated in no man’s land between Ghana and Cote d’ Ivoire, including desolated Dollar Power Town and Kui, where chilling stories have been heard about refractory elements terrorising Ghanaian citizens and local security agencies.

The Ivorians conducted theirs at communities in the impoverished Boukany Region – around Agnebililekrou, Tanda and its environs while the Burkinabes did theirs around communities sharing borders with Ghana at Sawla Tuna Kalba district.

In the course of the operations, the Ghanaian troops arrested over 300 suspects and seized more than 150 items, including 70 pieces of dynamites, locally made guns and a cache of ammunition.

Among the suspects, nearly more than half were foreign nationals from Nigeria, Niger, Cote d’ Ivoire, Mali, Burkina Faso, with some having criminal records and or captured on the security wanted list in their home countries.

Over half a million of illegal structures were set ablaze but there was no report of any fatality, though the security said they had to fire multiple warning shots in most encounters as some of the suspects attempted fleeing when they raided the mining slums.

However, the outcome of the operations has elicited concerns from top intelligence officers who were part of the mission but not allowed to speak to the press. The officers are calling on Ghanaian authorities to begin steps to address a number of security lapses in the Bole Bamboi district, where the country shares its border in the north with Ivory Coast.

The officers are specifically calling for quick measures to fix what they have identified as mega network gap and bad road networks from the district capital to the border communities, especially communities over the Black Volta, such as Dollar Power town area.

That area covers about six mining villages and has been noted as a sanctuary for high crimes, including organised highway robbery, extortion rackets; drug trafficking and illegal gold and arms dealing.  The zone is well known to Ghanaian security forces.

In 2005, rebels entered into a Ghanaian community of Sura and abducted a local chief of Bole after suspicion of gunrunning. In February 2016, unknown gunmen killed a military officer and wounded several others after ambushing a convoy of the then District Chief Executive, James Jarjah and his security committee members travelling to the area to settle a dispute.  Since then, local security has isolated the communities and in the last elections, Ghana could not extend polling stations to the area due to security concerns which led to massive disenfranchisement.

A source with knowledge of the operation told Starr News that carrying out the KOUDANLGOU II operation in Tinga, Banda Nkwanta, Wasipe and other communities were easy because roads leading to those areas were good  as well as communication networks.

But the operation turned into a dangerous expedition when they targeted the slums in the Dollar Power town Area.

According to the source, because of the dangerous nature of the area, the army brought their own logistics including canoes and set up a mini staging post in Bole, to allow the army some measure of self-sufficiency.

However, said the source, after the troops crossed the Black Volta with the canoes, they were disconnected from the staging area and they traveled for nearly 8hrs to the Dollar Power town Area without any form of communication to their superiors at the command post.

“The mission was very suicidal and our troops could have come under fire from the bad guys, because at that side of the country only the bad guys could make and receive calls with the mobile gadgets and they knew our guys were coming. That’s why in one of the villages, Dokokyina, all the occupants moved out before the operation team got there,” said the source.

“Our people (Government) should be serious and show some commitment. It could be that the bad guys have jammed with the communication network. So, quickly they must think of getting the roads done and improve the network situation, and also like Burkina Faso and Cote d’ Ivoire has done, Ghana should set up some barriers closer to the no man’s land zone between these countries.”

Speaking after the operation on Friday at a durbar held at Bouna, the capital of the Boukany Region in Cote d’ Ivoire Ghana’s National Security Minister, Albert Kan – Dapaah said the suspects were rounded up for committing “ various crimes”, adding that some of the foreigners were repatriated while those suspected to be “involved in much more serious crimes” had been handed over to the security in their homelands for further investigations.

He parried questions about whether there were suspected terrorists among those arrested in the operation. “We do have some people who are being arrested for what we suspect to be much more serious crimes and we will wait to know the investigations and establish exactly what’s that they were doing in those areas”.

Kan-Dapaah lauded the outcome of the operation, with a call for more cooperation to promote peace and security in the subregion.

“These days the nature of the crimes we are seeing are transnational and it’s important for us, that countries in the subregion see themselves as one country when it comes to fighting crime. We did learn from the first operation, that a lot could be achieved if we work together.  This second operation that we have had, has also assured us that that best way to fight transnational crime in the subregion is for us to work together, we are beginning to know ourselves better, we are beginning to have much better confidence in each other, and we are excited about the prospects in fighting crime in the future”.

The Minister of Interior and Security of Cote d’ Ivoire, Sidiki Diakite congratulated the coalition troops for the operation and said the operation means countries in the subregion would make greater gains if they work together.

He said the challenges and recommendations will be documented and addressed to enhance the next operation.  He offered solidarity message on behalf of other nations to Burkina Faso and added that what was happening in that country, with regards to the growing terrorist attacks, was indications that security threats in the subregion are “very real and close”. 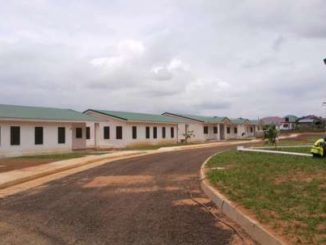 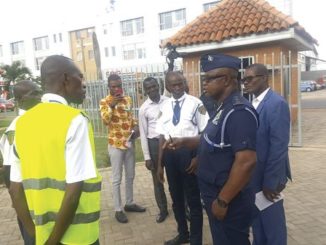