Undercover journalist Anas Aremeyaw Anas has asked the public to exercise caution in pointing fingers at persons they may suspect to be behind the murder of his team member in Accra Wednesday.

“We should all be careful because it’s early [days] yet”, he told the BBC Thursday.

He was said to have been shot three times in the chest and neck at close range just few metres to his home, allegedly by two unknown assailants who were riding on a motorbike.

Ahmed was one of Tiger Eye journalists whose photographs Ken Agyapong circulated in his ‘who watches the watchman’ anti-Anas video documentary, in which he urged people to beat him up for a handsome reward.

Many people, including lawyer for Anas, Kissi Adjabeng, have since the murder incident called on the investigators to invite the MP for questioning for exposing the Ahmed’s picture on national television.

“I refuse to even mention his name. I’m saying that he engaged in a reckless conduct by exposing the young man to death by putting his picture on his NET2 TV and inviting the whole world to beat him up,” Adjabeng said in an interview on Joy FM Thursday.

But Anas told the BBC while the conduct of  Ken Agyapong in the said video which has caused people to point fingers at him as a suspect in the murder case was an unfortunate, “it’s early days yet” to draw any conclusions.

“I feel that this was an unfortunate comment but it’s early days yet, we have to be careful” he advised the public as investigations into the murder of the journalist commence.

Anas who is a lawyer, said murder charge is something that must be proven beyond reasonable doubt and that the police will look at the evidence available “and if there is any merit in it, I think they will be the best to make a judgement”.

Meanwhile, Anas said the murder of Anas dampened the mood of his investigative team Wednesday but by Thursday morning they “were energised and back to their desk”.

“The life of an investigative journalist has come to an end; it could happen to any other journalist in this country. That is why I kept on saying that this whole fight is against journalism and not personalities or organisations.

“Sometimes when you a right and you feel you have arrived and you dont do anything to protect that right they take it back from you.As journalists we should keep pushing the frontiers of free press,” he stated.

Meanwhile, Anas has revealed there were death threats on their lives during the Number 12 investigative documentary that crumbled football administration and activities in Ghana last year.

He said the threats, which they reported to the police and provided evidence, were made both openly and on tape.

“What is…clear is that there were threats; death threats, some made openly, some also made on tape against us which we tendered to  police during the Number 12 football investigations,” he told BBC correspondent in Accra Thursday. 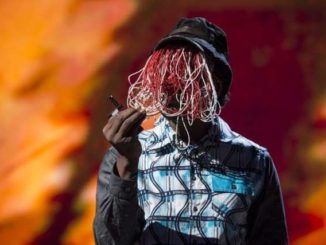 Nothing wrong with Anas’ method – NMC 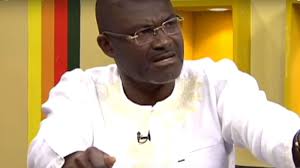 I will expose Anas – Kennedy Agyapong 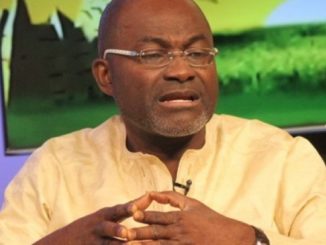