A 17-year-old Girl in Koforidua in the Eastern region has been arrested by the Police after she attempted to use her 15-year-old Cousin for money rituals.

The suspect, Elizabeth, a JHS 3 student of Koforidua -Srodae Roman Catholic School abducted her Cousin, Daniel, 15, a  JHS 1 student to Sunyani in the Brong Ahafo region.

Elizabeth was accompanied by her two siblings – Philip, 13 and Richmond, 10, – when they took their cousin to Sunyani to allegedly be sacrificed by a spiritualist identified only as Black Akasha for money ritual.

It is alleged that, Elizabeth picked the contact of the Spiritualist during television program on a Multi TV Channel.

According to the victim, Elizabeth asked him to escort them to their mother’s House at Okorase a community near Koforidua in the evening around 10pm noticing the absence of his parents.

But the unsuspecting Daniel said he was taken to the Accra-Tema Lorry Station in Koforidua where they slept because there was no vehicle available until 4:am when they boarded a vehicle  to Sunyani.

He said at Sunyani, they slept at Bob Guest House until the next morning where they picked another vehicle to a location of the said spiritualist.

“As we were going, I kept asking her where we were heading to and that if we not getting there soon she should send me back to my parents but she didn’t mind me.”

According to the victim, Elizabeth introduced him to the spiritualist as the sacrificial lamb for the rituals but fortunately for him he overhead the Spiritualist say “he cannot be used for the sacrifice because his spirit was strong besides he is too smallish.”

Already, Elizabeth had made some payments and bought different colours of candles as requested by the spiritualist.

“She had different colours of candles and an amount of Ghc550 for the rituals…when we returned her mother asked me not to tell anyone about what had happened and told me to state that I went to see my aunty.”

Daniel said, Elizabeth knelt down to beg the spiritualist to rescind his decision and use him for the sacrifice and that whatever money that comes she will be content with but the spiritualist did not change his mind and instead took a picture of him and asked them to leave .

“She knelt down and held the legs of the man pleaded that she sacrifices me for the rituals because she has brought me all the way from Koforidua.”

All these while, Parents of the victim had reported their missing Child at the Effiduase Police Station and had made Radio announcements on local radio stations in Koforidua while spreading same on social media while, the mother of the victim was joined by her Church Members of at Pentecost Church praying and fasting.

Six (6) days later, Daniel in the company of his three cousins arrived in Koforidua but mother of Elizabeth reportedly warned them not to disclose to anyone what transpired.

But, Daniel who was traumatized confided in his mother and father of his ordeal, however, his father despite being infuriated by the incident was reluctant to report the incident to the Police and rather treated it as a family issue.

Later, it emerged that, the suspect allegedly stole about Ghc4, 000 which belonged to her mother to embark on the failed exercise.

Starr News’ Eastern Regional Correspondent, Kojo Ansah, after investigating the incident notified the Police upon which the prime suspect Elizabeth was picked up and a statement taken to assist Police with investigations.

She is currently on Police enquiry bail. 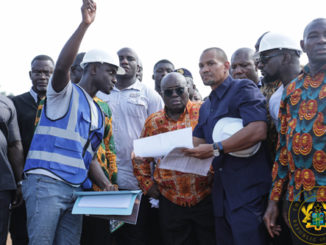 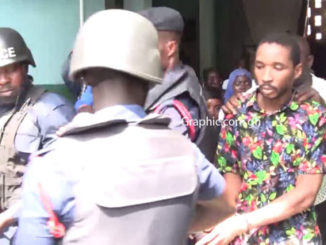 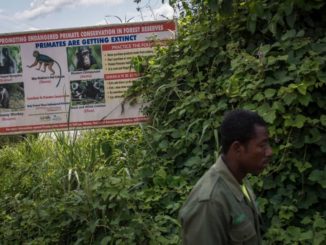