Mr Ken Ofori-Atta, the Minister of Finance has said that, government’s priority programmes, including the flagship Free Senior High School (SHS) policy has caused an annual growth in expenditure to 38.8 per cent.

“The annual growth of 38.8 per cent reflects a full provision made to cater for the Government’s priority programmes, including the flagship Free SHS policy,” Mr Ofori-Atta said.

He said this in his 2019 budget presentation on the floor of Parliament on Thursday.

The Minister said government’s total expenditure (including clearance of Arrears) is estimated at GH¢73.4 billion, equivalent to 21.3 per cent of Gross Domestic Product (GDP), representing a growth of 27.0 per cent above the projected outturn for 2018.

“The wage bill is anticipated to reduce to 5.6 per cent of GDP from the 5.9 per cent projected outturn for 2018.  A total amount of GH¢18.6 billion has been estimated for Interest Payments of public debt. Of this amount, domestic interest payments will constitute about 77.8 percent and amount to GH¢14.5 billion,” he said.

He noted that, for such reason, transfers to Statutory Funds as well as all other earmarked funds, are estimated at GH¢13.8 billion, equivalent to 4.0 per cent of GDP, compared to 3.5 per cent in 2018.

He said Capital Expenditure is projected at GH¢8.5 billion, equivalent to 2.5 per cent of GDP and a growth of 55.7 per cent over the 2018 projected outturn.

Mr Ofori-Atta however, said that, based on the estimates for Total Revenue and Grants and Total Expenditure, the 2019 fiscal operations will result in an overall budget deficit of GH¢14.5 billion, equivalent to 4.2 per cent of GDP.

Financing of the fiscal deficit will be from both domestic and foreign sources. Net Foreign Financing will amount to GH¢9.7 billion, including a planned sovereign bond issuance of GH¢9.6 billion. Total Domestic Financing is estimated at GH¢0.8 billion. This will result in a Primary Surplus of 1.2 per cent of GDP.” 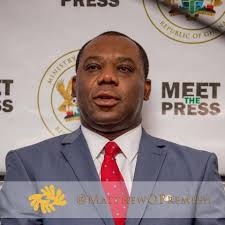 Education: About 73 per cent Ghanaians in favour of free SHS – Survey 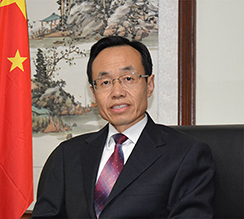 China to support expansion of University of Health and Allied Sciences 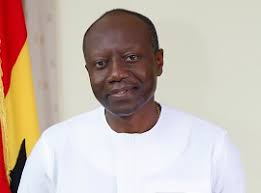