Dean Ablakwa, 34, currently stateless in Accra despite having British birth certificate and studying and working in UK for more than a decade, raising fresh questions about government’s treatment of Commonwealth nationals in wake of Windrush scandal A former NHS nurse who was born in the UK and has no criminal record has been deported to Ghana, in a case that raises fresh questions over the British government’s treatment of Commonwealth nationals in the wake of the Windrush scandal.

Dean Ablakwa, 34, is currently stateless and unable to work in the Ghanaian capital Accra after the British government removed him in June 2017, despite the fact that he had previously worked and paid taxes in the UK for more than a decade.

With no relatives in the city, he has been sleeping on the friend of a friend’s sofa for the past year and a half and is relying on donations from family in the UK.

Speaking from Accra, Mr Ablakwa said: “It’s been mind-torturing. I can’t sleep properly. I am restless at night-time. Every time I dream I feel like I’m in prison. Even when I’m here I feel like I’m not free. I don’t feel like I’m meant to be here.

“I’m always indoors. I don’t want anyone to see me because I feel embarrassed. I can’t even fend for myself over here. I feel my human rights have been stripped away. I feel betrayed because I always thought I was British.” The 34-year-old was born in east London, but during a family holiday to Ghana when he was five both his parents were killed in a road accident. Unable to locate his passport, distant relatives adopted him into their home in Ghana and he remained there during his childhood.

When Mr Ablakwa turned 18, it was decided by his relatives that he must return to the UK to live with his aunt and uncle. With the whereabouts of his passport still unknown, a family member arranged for him to return to Britain illegally using somebody else’s passport.

On arrival in Britain he reverted to using his own identity and was able to obtain a driver’s license, National Insurance card and bank account using his birth certificate. He enrolled in college and later began working as a care assistant.

In 2012, the Enfield resident got a job as a trainee socio-therapist with the NHS in Homerton. But almost a year into the job, he was accused of helping a convicted murderer escape from a secure unit in the facility – a crime for which, after nine months in prison on remand, he was found not guilty.

Mr Ablakwa was released into homelessness because his flat had been repossessed while he was in jail, and he wasn’t given his NHS job back, for reasons he said were never made clear to him. He describes his imprisonment as the moment his human rights started to be “stripped away”.

With nowhere to live and without a job, Mr Ablakwa moved into his aunt’s house in Milton Keynes, at which point he began being targeted by immigration control.

“I called the Home Office and explained what had happened. I had my birth certificate, my bank account, I had voted in elections, I had a GP. I had already been wrongly branded a criminal.”

Mr Ablakwa said the Home Office informed him that it was probably a mistake, but that he must apply for naturalisation because he was born after nationality law changes in 1983 and therefore didn’t automatically qualify for British citizenship.

He paid more than £1,000 to apply, using his last savings, but was refused on the grounds that, the Home Office said, he had not been eligible to work.

“I felt suicidal at this point. It felt so hurtful. It was just too much,” he said.

The 34-year-old was informed he must sign on with the Home Office in London once a month. During one of these meetings, he was told his application to remain on human rights grounds had been rejected and he was detained in Harmondsworth removal centre.

Three weeks later, he was apprehended by immigration officers and taken to a military base and onto a charter flight to Ghana.

Describing the moment he landed in Ghana, he said: “I felt hopeless. I didn’t know what to do, I didn’t know who to call; I didn’t know how to ask to come get me. I was no longer in touch with the distant relatives from my childhood. I felt lost.”

Mr Ablakwa managed to borrow someone’s phone and call friends in the UK who put him in touch with people in the city who he has been staying with since. But with no Ghanaian ID, he has been unable to work or get a bank account and is relying on sporadic donations from friends and family in Britain.

The 34-year-old has no funds to pay for legal representation. His previous solicitor Naga Kandiah, of MTC Solicitors, said the main obstacle in his case was the fact that he couldn’t obtain his parents’ records, and accused the Home Office of “ignoring” non-Caribbean Windrush cases.

Chai Patel, legal and policy director at the Joint Council for the Welfare of Immigrants (JCWI), who are currently looking into Mr Ablakwa’s case, said: “Sajid Javid has refused to expand his department’s review of Windrush cases of wrongful deportation to people from non-Caribbean countries like Ghana.

“By focussing only on Caribbean countries he is attempting to conceal the huge scope of the scandalous way in which people from all Commonwealth countries have been treated.

“The government must widen its review immediately to remedy the injustices caused to people from all over the world and their children, not just to those from the Caribbean.”

The Home Office refused to tell The Independent whether they held records for Mr Ablakwa’s parents, but claimed that no evidence has been provided, suggesting that they were residents in the UK before 1973. 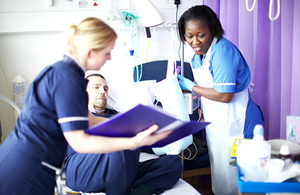 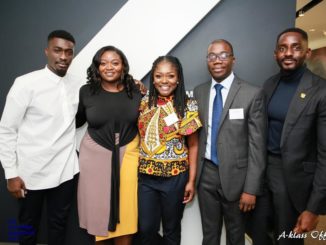 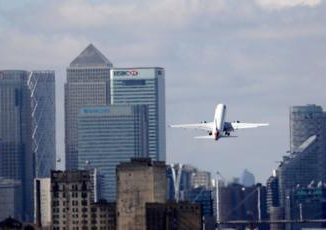 Coronavirus: London City Airport to shut due to outbreak