The Vice Chairperson of the Gender Committee of Parliament, Ms Abena Durowaa Mensah, has called for the enforcement of the Beggars and Destitute Act, 1969 (NLCD 392), which criminalises the act of begging and giving to beggars.

She also called for the formulation of a policy to protect children from being used as street beggars, warning that begging was illegal in the country and could lead to prosecution of both the beggar and the giver.

She said the policy should spell out sanctions for parents and guardians who pushed children into begging dangerously on streets.

Ms Mensah, who is the New Patriotic Party (NPP) Member of Parliament (MP) for Assin North, made the call in Parliament when she read a statement on: “Street Begging in Ghana; Child Exploitation”.

She expressed worry about the growing phenomenon of street begging, especially in capital cities, and the disturbing use of children in that activity.

“Some years ago begging in Ghana was rare. Now, begging, especially in the capital cities, is happening on every street corner and every pavement in the central business districts, particularly Accra, Kumasi and Tamale.

“The number of children being pushed onto the streets keeps increasing by the day with those of Sahelian origin (fair skinned beggars) leading the charge”, she said.

Ms Mensah said begging in Ghana had become a lucrative enterprise, “where the entrepreneurs sit either in their homes or under shades created at some corners of the street, and send children  onto the streets to beg for money from car owners and passengers, using the natural sympathy that flows for vulnerable children as a weapon for money-making.”

She said the typical Ghanaian culture accommodated physically challenged people begging for alms and actually encouraged the giving of alms to the poor.

However, Ms Mensah said the attempt by some citizens and now foreigners to exploit this cultural orientation of Ghanaians, and worse of all, employ the services of children in the act, “is worrying, unacceptable and unconscionable’’.

“I respectfully call on this House to debate this phenomenon and help push for the creation of a comprehensive policy that could give protection to children on our streets, sanction parents in this exploitation business and help sanitise life on our streets”, she said.

Besides, she said, the children suffered from dehydration, ate unhygienic food and did not have sanitary facilities.

“The children urinate on the streets and use the drains as toilet facilities. Road users, drivers and pedestrians experience interruption. It creates an unsafe driving environment where accidents are more likely”, she said.

Ms Mensah recalled that on May 25, 2018, the Accra Metropolitan Assembly (AMA), in collaboration with the La Dadekotopon Municipal Assembly, embarked on an exercise to rid the streets of beggars, and indicated that children and adults were arrested and sent away to detention centres.

However, she said, within days, the children found their way back onto the streets but the two assemblies had gone quite on the issue.

“The time to discuss this issue is now. Either we debate it now and get a comprehensive and sustainable policy or risk being flooded with beggars on the streets, at the mosque, in church and even on the precincts of Parliament.

“It is worrying to have physically challenged people begging on the streets instead of getting some skills to be self sufficient.

It is even more worrying and in fact depressing to see children, who are the future of the country, being pushed onto the streets to be used as tools for evoking sympathy that produces money for irresponsible parents turned begging entrepreneurs”, she said. 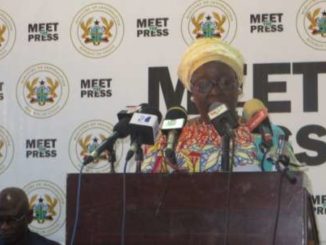 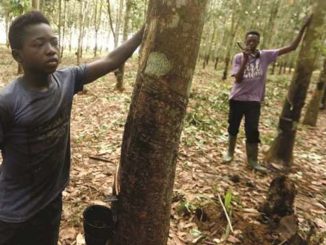 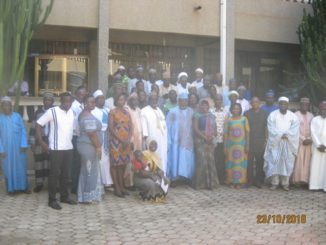