Accra, May 10, GNA – The Second Deputy Speaker and Member of Parliament for Nadowli Kaleo Alban Sumana Kingsford Bagbin has advocated for a Drafting Section or Department for the Parliament of Ghana to accelerate work on bills that come to the House.

He said the Right to Information Bill (RTI) would have been passed long ago and become operational if the House had its own Drafting Section and not been sent back and forth several times to the Attorney General’s (A-G) Department.

The Bill is in its 17th year since work began on it.

Mr Bagbin, lawyer by profession, longest serving legislator in the Parliament of the Fourth Republic of Ghana, and flag-bearer aspirant for Election 2020 of the opposition National Democratic Congress (NDC), said Ghana was more than ready to receive the much awaited legislation on the Right to Information.

Mr Bagbin had proposed at a second stakeholder forum on the RTI Bill held on Tuesday, May 8, 2018, at the Parliament House, Accra, that it was time the Ghanaian Legislature had a Drafting Section to fast-track its work, since the A-G’s Department where Bills from the Executive emanated was already saddled with a lot of work.

The forum followed a referral by Speaker Professor Aaron Michael Oquaye to a joint Committee of the Constitutional, Legal and Parliamentary Affairs and Communications after a recall of the House on Thursday 26, 2018, which concurred that further work by the House on the Right to Information (RTI) Bill, should not be done under a certificate of urgency.

However, the Committee’s preliminary discussions and Memoranda received from Stakeholders require that due consultations were to be held.

Deputy Attorney General Joseph Kpemka Dindiok had laid the much awaited Bill on Friday, March 23, 2018, the same day on which the House broke for the Easter holidays, to resume on May 15, 2018.

Speaker of Parliament Professor Aaron Michael Oquaye referred the Bill to a joint Committee of the Legal, Constitutional and Parliamentary Affairs and Communications for consideration and reported to the plenary, amidst immense public pressure for a speedy passage.

In interview with the Ghana News Agency (GNA) to throw more light on the proposal, Mr Bagbin said the Bill was critical legislation, with utility value in the fight against corruption and critical element for good governance.

He however noted that it would be necessary to quip the Service with very skilled drafters, which might not be available because of lower remuneration, stressing that it was very necessary to develop capacity in that area.

Mr Bagbin said the challenge has been basically one of financing.

He however stressed that it is now more than necessary to build consensus devoid of partisanship and for the House to move in unison, as one body to pass the Bill.

“It is after the passage that state institutions will move to educate Ghanaians and create awareness on the law.

“People will be strengthened and empowered to operationalise the law. It will be able to assist in plucking a lot of leakages in the system and protect our scarce resources,” Mr Bagbin said.

Speaking at the forum, Majority Leader and Minister for Parliamentary Affairs, Osei Kyei Mensah-Bonsu said the passage of the Right to Information Bill will serve as a catalyst in ensuring that all other obstinate laws were adhered to.

He was of the view that the Bill had suffered what he called “consequential abortions”, but however pointed out that the Bill was critical for the development of Ghana’s democracy.

Mr Kyei-Mensah- Bonsu said the list of the various information and classes from the various institutions to be accessed should be made very clear.

“The processes and procedures to access relevant information must also be well reformed,” adding that “the passage of the Bill will also trigger and help in bringing into fruition other laws particularly the Law on Persons Living with Disability”.

Attorney General and Minister for Justice Gloria Afua Akuffo said when passed, the Bill would ensure the protection of individuals who provided information in the public interest.

“The enactment of the Right to Information Bill 2018 is essentially for the promotion of good governance.”

There were presentations from the Commonwealth Human Rights Initiative; a Representative from the United States, Australia and the United Kingdom, Penplusbytes Ghana, Perfector of Sentiments Foundation, Right to Action Campaign, Alliance for Integrity and the Ghana Journalists Association.

Among the concerns raised were proposed fees regime for accessing information, issues about definition of national security in the bill, enforcement date of the law when passed and timeliness of the of release of information, among others.

The Right to Information Bill was first drafted in 1999 under the former President Jerry John Rawlings.

The National Democratic Congress (NDC) in its 2008 and 2012 election manifestos promised to ensure the Bill was passed. In 2010, the Bill was presented to Parliament for consideration.

In 2011, the government signed unto the Open Government Partnership (OGP) Initiative with a commitment to pass the Bill. In November 2013, the Bill was formally laid before Parliament.

Former Attorney General, Deputy Dominic Ayine in 2015, moved the Bill for second reading in Parliament. In October 2016, the Bill was withdrawn and replaced with a new one which was immediately laid.

Following the dissolution of the Sixth Parliament of the Fourth Republic and the swearing-in of new Parliament in January 2017, the Bill was no longer in Parliament and had to be re-laid by the new Government before work commenced on it again. 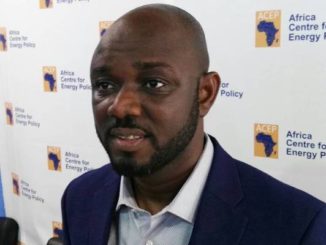 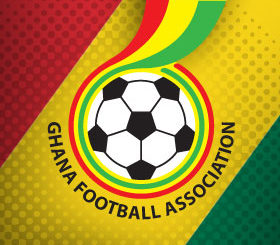 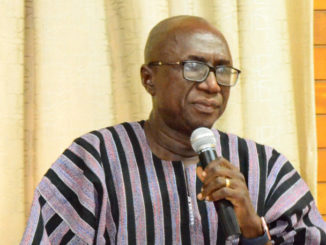