The law-making body of Ghana is yet to see what pressure is, if they fail to pass the Right to Information bill before they rise as promised.

Already, the Right to Information (RTI) coalition has staged a presence in Parliament to demonstrate their displeasure with Parliamentarians’ feet dragging with the nearly two-decade bill.

On Friday, members of the RTI coalition, clad in red stormed the House to monitor proceedings.

It, however, took the intervention of the Minority Leader, Haruna Idrisu, before they could enter the chamber as security prevented them from entering.

But that seems to be ‘just the beginning’.

Editor-In-Chief of the New Crusading Guide newspaper, Abdul Malik Kweku Baako Junior, has stated his readiness to join the recent struggle of besieging Parliament to mount pressure on the legislators.

“We need it and we will get it, or we will occupy Parliament…I will suspend my ‘suspension of demos [demonstrations]’ and join,” the veteran journalist said on news analysis show, Newsfile on Joy FM/Joy News TV Saturday.

Mr. Baako noted that despite the Constitution making provision for citizens’ Right to Information in Article 21 (f), without laws to guide the process, it becomes expensive and protracted to access same.

He referenced the recent suit filed against the government just to get access to procurement documents in the controversial Communication Ministry’s Kelni GVG contract.

“Litigation is expensive and protracted,” he stated. He added that even the Constitution states that the RTI is “subject to such qualifications and laws as are necessary in a democratic society,” “so we need it we can’t just leave it anyhow”.

He added that the pressure being mounted should not be misconstrued as an intrusion on government because some areas are still grey areas. “Nobody is asking for every information in its sense, it won’t make sense,” he said.

Former deputy Communications Minister, Felix Kwakye Ofosu, who was also on Newsfile however, cautioned that the citizenry should not expect much from the RTI bill when it is passed into law.

He believes that “the same barriers of national security” used to deny citizens access to some information “will be erected” in the law that will be passed. 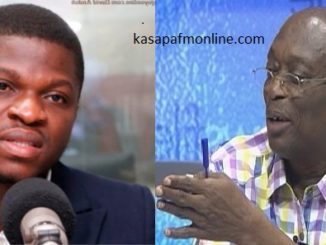 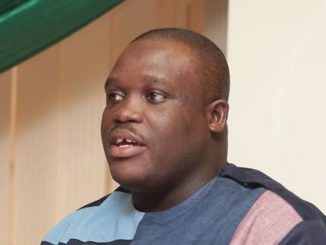 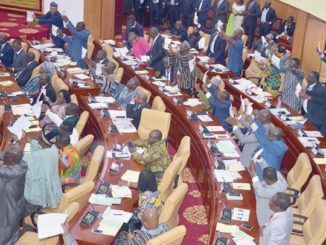