Some Ghanaian shop attendants at various Chinese owned shops in the Tema are in a state of anxiety as the deadly Coronavirus gains grounds in China.

At Tema Community 11,where a large concentration of Chinese shops was, the Ghana News Agency observed that both Ghanaian and Chinese workers wore nose masks whilst attending to customers.

A Chinese National who gave her name as Stella told the GNA that, it was very urgent to be proactive saying the virus was really taking lives in far away China.

She added that though the virus had not been detected in Ghana, the citizens as well as the government must be proactive in their effort to protect the borders of the country.

According to her, an instruction was given to the supervisors to provide mouth and nose protective gears to the workers hence the spectacle.

Some of the workers who spoke on condition of anonymity, told the GNA that for some time now, no new chinese citizen had been brought from China to replace their colleagues as it used to be the norm.

They informed that, the virus scare had in a way affected daily sales as clients were still sceptical over how authorities were prepared to prevent the virus from entering the country.

“Though we are scared, we hoping the country would be safe,” they noted.

Meanwhile, health officials in the country had given assurance that the country was safe from the virus and no hospital have recorded any case yet.

The Coronavirus, which originated from the Chinese city of Wuhan has so far claimed more than 150 lives and infected over 1, 000 people. 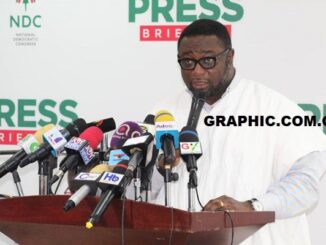 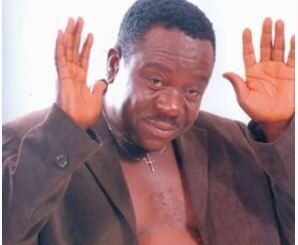 “Coronavirus is not in Nigeria; it’s a scam” – Mr Ibu