Ghana has now recorded its second death from coronavirus, according to a statement from the Ministry of Health.

”Out of the suspected, twenty-seven (27) cases including two (2) deaths have been confirmed,” the country’s Health Ministry said in a statement late Monday.

All 25 patients are receiving treatment in isolation, it added.

The ministry said among the confirmed cases, 20 are Ghanaian nationals, the majority of whom returned home from affected countries. Seven are foreign nationals from Norway, Lebanon, China, France, and the U.K.

Last week, the West African nation announced the closure of its borders to curb the spread of the deadly virus.

The virus first emerged in Wuhan, China last December and has spread to at least 168 countries and territories. The World Health Organization has declared the outbreak a pandemic.

There are 381,598 confirmed cases worldwide and the death toll now tops 16,500, while over 101,000 people have recovered, according to U.S.-based Johns Hopkins University. 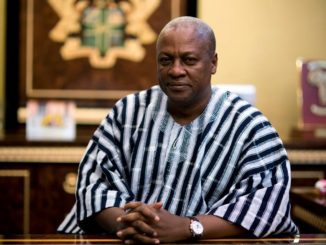