Head of Communications for Zylofon Media,Samuel Baah Known in showbiz as Sammy Flex,has commented about the confusion between their artistes Stonebwoy and Shatta wale respectively.
Last Saturday at the Vodafone Ghana Music Awards (VGMA 2019),while Stonebwoy was invited to pick an Award for the Reggae Dancehall artiste for this year,his main rival Shatta wale and his fans also mounted the stage,although they were not invited for an Award at the time.

Following their reaction on the stage, Stonebwoy manager, Black Cedi who saw them as a threat started punching Shatta wale fans who accompanied him to the stage,then Stonebwoy pulled out a gun.
However, pleading for mercy over the unfortunate scuffle that occurred on the night,the head communication for Zylofon Media,Sammy flex,called upon the President of the Republic of Ghana Nana Akufo-Addo to settle the issue between the two.

Speaking at VGMA Awards night with TV3 news monitored by Browngh.com,he said “The President, Nana Akufo-Addo, must call both of them together,because before the Vodafone Ghana Music Award, he tweeted and congratulated all the artiste who were nominated”,he stated.
Sammy Flex added that, “both Shatta wale and Stonebwoy visited him in his office, so he must intervene”,he affirmed as monitored by Browngh.com.
source: myjoynews.com 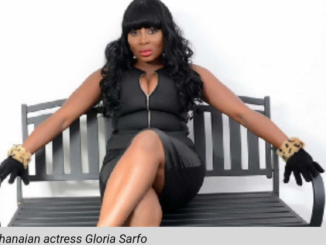 Gloria Sarfo share eipc throwback photos of when she was slim 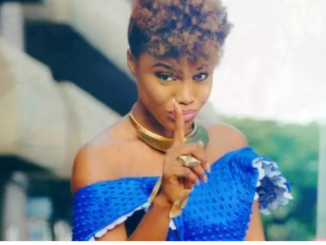 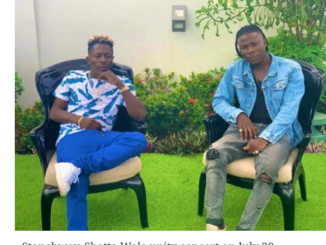