The office of the former president, Jerry John Rawlings has issued a statement on the interventions of both June 4th 1979 and December 31st 1981.

See below for full details. WE WILL TELL OUR STORY – RAWLINGS

Former President Jerry John Rawlings has described the interventions of June 4 1979 and December 31 1981 as effects of the mood of the country at the time and called for the context and circumstances of the period to be factored when telling the story.

Addressing a durbar to climax the 38th anniversary of the 31st December Revolution at the Winneba Lorry Park on Tuesday, the leader of the two uprisings said those leading the distortion of the history are cowards and said we will face them firmly. “We will tell our story!”

He called on adherents of June 4 and December 31 not to allow the distortions of “our history to continue…Those who have allowed corruption to rear its ugly head, and permitted it to fester, want to belittle the discipline, the law and order we introduced into this country, so they can justify their corrupt tendencies.”

Many, he indicated, had today forgotten the circumstances that gave birth to June 4 and December 31 with some spending huge resources to sponsor the distortion of the history through outright lies, half-truths and rendition by cowards who run away during those heady days.

The former President said, it was unfortunate that some had chosen to leave out the overwhelming gains made by these interventions, focusing only on the negatives.

Flt Lt Rawlings cautioned that, “an important lesson is going to be lost on this nation because a handful of warped minds, full of hate and bitterness are being paid to distort and cover up events in our history with callous stories and lies.”

The Chairman of the Provisional National Defence Council, that ruled Ghana between 1982 and 1992, questioned why we sit and allow these perfidious characters to get away with these lies and deceitful machinations through the power of the media all to the detriment of the nation?

The former President said, “the lighting of the perpetual flame and the laying of wreaths is to show reverence to all who sacrificed their lives during that difficult time in our country. Let no one downplay those sacrifices through historical distortions, twists and utter fabrications.”

Touching on the controversies surrounding the University of Education Winneba (UEW), the leader of the revolution commended government for instituting a roadmap for a peaceful resolution of the matter of over 20 dismissed staff of the University, stating however, that no significant progress had been made over the past three months.

“More than 20 dismissed staff at the UEW are going through discontent and pain. I hope this important matter is given the urgency and attention that is required,” the former President implored.

Earlier in the morning former President Rawlings and his delegation paid a courtesy call on Nenyi Ghartey VII, President of the Effutu Traditional Council, before proceeding to the durbar grounds where a parade and wreath-laying ceremony was held ahead of the durbar which was also addressed by NDC flagbearer former President John Dramani Mahama, NDC General Secretary Johnson Asiedu Nketia and a host of cadres and leading members of the NDC. 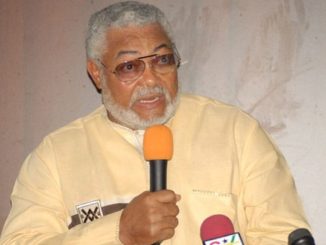 NDC being held to ransom by a few ‘wealthy’ individuals – Rawlings 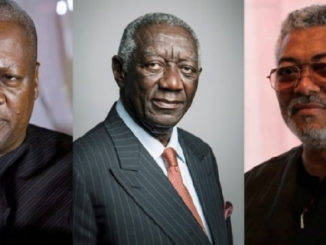 Mahama can do 2 more terms; Kufuor, Rawlings eligible to contest for president – Lawyer 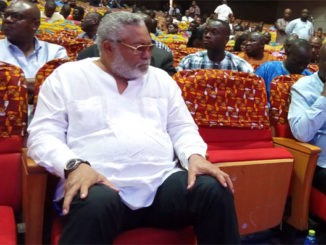