A railway ticket office worker who died of coronavirus after being spat at while on duty was “a good person, a good mother, and a good wife” who cared for everybody, her devastated widower has said.

Belly Mujinga, 47, was on the concourse of Victoria station in London on March 22 when a member of the public who said he had Covid-19 spat and coughed at her and a colleague.

Within days of the assault, both women fell ill with the virus.

Ms Mujinga, a mother to 11-year-old Ingrid, was admitted to Barnet Hospital and put on a ventilator but died on April 5, her trade union, the Transport Salaried Staffs Association, said.

Her husband, Lusamba Gode Katalay, said the suspect walked up to Ms Mujinga and spat in her face.

The man asked her what she was doing, why she was there, and she said they were working.

The man said he had the virus and spat on them. They reported it to their supervisor.

Belly came home and told me everything.

Mr Katalay said his wife had an operation four years ago and had underlying respiratory problems.

Within a week of the incident, she began to feel ill and was admitted to hospital on April 2.

That was the last time I saw her. We just said: ‘Be good,’ and that God is in charge.

We did a WhatsApp video in hospital, but then I didn’t hear from her again. I thought she might be asleep, but the doctor to phoned me to tell me she had died.

The union has reported the incident to the Railways Inspectorate, the safety arm of the Office for Road and Rail, for investigation, and is taking legal advice on the situation.

We are shocked and devastated at Belly’s death. She is one of far too many frontline workers who have lost their lives to coronavirus.

Sadly, Belly’s is just one of many family tragedies where children have had their parents taken away from them.

However, there are serious questions about her death; it wasn’t inevitable.

As a vulnerable person in the ‘at risk’ category, and her condition known to her employer, there are questions about why she wasn’t stood down from frontline duties early on in this pandemic.

Rather than talking about the easing the lockdown, the Government must first ensure that the right precautions and protections have been taken so that more lives are not lost.

Our rail industry needs to have a very serious look at what tasks are deemed ‘essential’ and must put protections in place for all our members and our passengers.

British Transport Police are now investigating, although it is believed a complaint was not registered with them at the time, despite Ms Mujinga and her colleague asking staff at employers Govia Thameslink Railway to contact police, the union said.

British Transport Police have now launched an investigation into a report of two members of rail staff being spat at while working at London Victoria station on March 22.

“It is despicable for a key worker to be attacked in this way while serving the travelling public,” the spokesperson said.

“Our thoughts are with Mrs Mujinga family’s at this terrible time.”
– 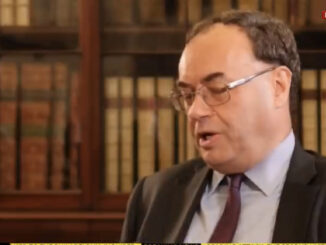 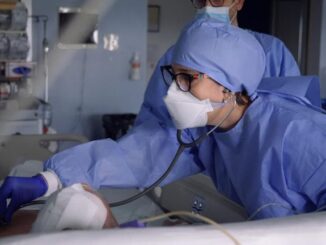 Coronavirus warning from Italy: Effects of COVID-19 could be worse than first thought 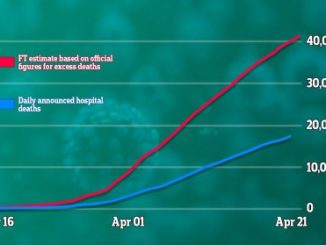