The Sekyere Kumawu district command of the Ghana Police service has commenced an investigation after WASSCE candidates of the Tweneboa Kodua Senior High School demonstrated on Monday over what they claim is the strict supervision by the headmaster. The over 1,200 final year students of the school are demanding the immediate removal of the headmaster of the school, Mr. John Asante, who has been accused of being firm on them during the Integrated Science examination paper.

“They want us to get F9, unacceptable”, a student is heard on a video shared on Facebook while others scattered tables and chairs at the school’s dining hall boycotting their lunch.

However, the timely intervention of Police restored calm on campus as the protest nearly halted the Paper 2 of the Integrated Science examination.

District Chief Executive of Sekyere Kumawu, Mr. Samuel Addai Agyekum, who was on his way to the campus for first-hand information on the protest promised parents that steps would be taken to resolve the matter.

“We were monitoring the exams and we had to go to Tweneboa Kodua so on my way there I saw the students chanting [and] demanding the removal of the headmaster. They were accusing the headmaster of being autocratic and so I have directed the CID to investigate and report same to me”, the DCE said.

This unfortunate development in the school by the first product of the Free Education government policy has attracted wide public condemnation with some parents accusing the education ministry of over pampering the students.

“I’m highly disappointed in our children for embarrassing government with this corrupt mindset in their youthful stage. Government has done whatever it could to give you free education. If our children want cheating to be entertained in final examination then how can we win the national battle against corruption,”  a parent questioned.

Another parent accused the government of over pampering the students just for votes in elections throwing moral values and discipline .

“Now a teacher has no right to punish a student for wrongdoing why won’t we see these unfortunate developments in schools.” 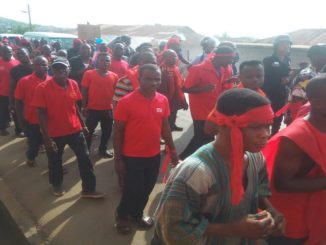 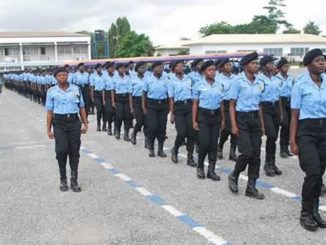 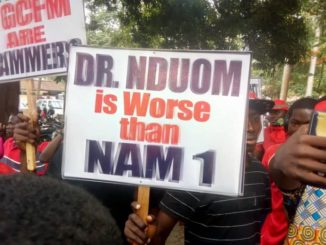