The ongoing brouhaha between musician Rebecca Acheampong, aka Becca, her mother and husband has taken another twist as the father of the musician has finally spoken.

In a lengthy statement sighted on Okyeame Quophi’s status, Becca’s father rendered an unqualified apology to Ghanaians and also to Becca’s husband, Tobi for the embarrassment caused due to the interview she (Becca’s mum) granted to the media.

According to Mr Acheampong, all the allegations leveled against Tobi, Becca’s husband is false and must be ignored with the contempt it deserves.

Mr Acheampong said his son-in-law is a very respectful and humble young man who has added to the growth of Becca’s life ever since he became a part of it.

He condemned madam Oti’s ‘open internet’ approach to dealing with a sensitive family issue and stated that it is not a reflection of the character of the family.

It would be recalled that a few days ago social media was set on fire when a video of Becca’s mother Miss Juliana Oti surfaced in which she granted an interview to the manager of Ghanacelebrities.com, Chris Vincent.

In the video that was widely circulated on social media, Becca’s mother lamented how she had been branded a witch, and totally prevented from visiting or seeing her granddaughter by Becca’s husband.

Madam Oti went on to accuse Tobi of being a thief who is only interested in Becca’s wealth. 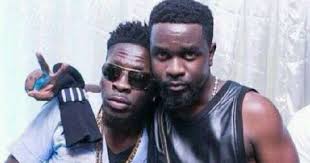 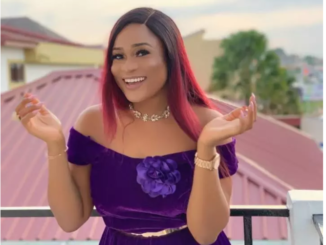 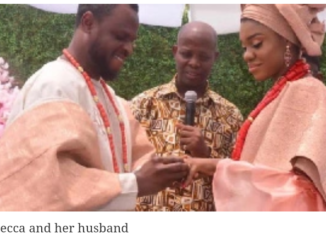 Becca’s Husband is a divorcee with 2 kids