Parts of Ghana have been hit by an earth tremor. Citinewsroom.com reports that the tremor was recorded in parts of the Greater Accra, Central and Eastern Regions.

Mawuli Zogbenu, a resident of Weija said he experienced the earth three times.

“It started at exactly 10:48 pm. Initially, we thought because it was a rainy season, it was normal. But it happened again in a few seconds. And it happened the third time. As I speak with you a lot of families are out of their rooms trying to look for safety places,” he said in an interview.

These tremors were recorded mostly in Accra, the capital.

Some said they felt their buildings and rooms vigorously shake during the tremor which some report came with loud thunder.

Ghana is said to be an earthquake-prone country.

There are records that an earthquake in 1636 in Ghana caused havoc in several parts of Axim. Another one was also recorded in Accra in 1862.

The Director-General of the Ghana Standards Authority (GSA), Prof. Alex Dodoo in an article published in the November 16, 2013 edition of the Spectator newspaper titled: “Can Ghana sustain health after a major natural disaster?” stated that: “In 1906, an earthquake destroyed several buildings in Ho and its environs but fatalities were few. The most serious earthquake recorded in Ghana was the June 1939 earthquake that destroyed most of James Town, Accra, killing nearly 150 people and causing massive economic loss.”

“Indeed, if this same earth had occurred today, the loss of life would be catastrophic and the economic losses would be such that the earthquake could be charged with “causing financial loss to the state” if the earthquake were a person and not an act of God,” Prof. Dodoo wrote in the piece.

What to do during tremors/earthquakes

National Geographic website gives some tips on what do during a tremor or an earthquake:

Protect yourself as quickly as possible. In many situations that means remembering three actions: drop, cover, and hold.

Drop: Get down on your hands and knees to protect yourself from being knocked over. That also puts you in an ideal position to crawl for shelter.

Cover: Place an arm and hand over your head and neck to shield them from debris. Head for any nearby tables to shelter under until the shaking stops. If a table isn’t in sight, sidle up to one of your home’s interior walls away from tall objects and furniture that might topple. A common misconception in seeking cover is that doorways offer the best protection during an earthquake. But according to the Earthquake Country Alliance, this is only true if you are in an “old, unreinforced adobe house.” In modern homes, the rest of the house is just as strong.

Hold: Stay put until the shaking stops. If you’re under a shelter like a table, keep hold of it with one hand. If you’re out in the open, continue to shield your head and neck with your arms. 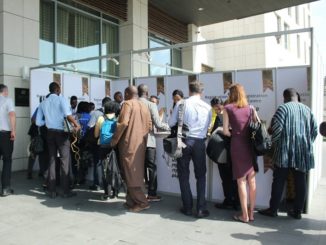 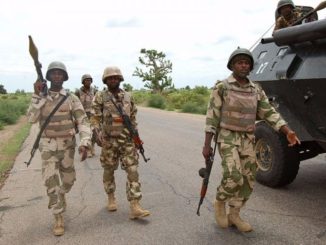 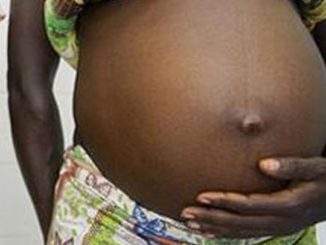 Unsafe Termination of Pregnancies Close to 1000 recorded in Greater Accra