All is set for the December 27 referendum on the creation of six new regions, Jean Mensa, the Chairperson of the Electoral Commission (EC), has said.

She said the referendum is being conducted for eligible voters to decide whether the six proposed regions—Ahafo, Bono East, Savannah, North East, Oti and Western North— should be created or not.

She said the issues for determination at the referendum, as required by law, are whether those voters support the creation of a particular proposed region.

The EC boss explained that eligible voters would be expected to vote for or against the question, “Are you in favour of the creation of the region? Yes or No.

Speaking at a press briefing on the EC’s preparations towards the referendum, Mrs. Mensa hinted that a total of 2,260,724 voters are expected to vote at 4,798 polling stations of the proposed areas.

She revealed that all items and materials needed for all activities in relation to the referendum had been procured and dispatched to the affected regions and districts.

Mrs. Mensa stated that the register of voters for the referendum, which had been printed, had been transported to the affected regions and districts.

She disclosed that biometric verification devices (BVDs) to be used in the referendum had been refurbished and that each polling station would have two BVDs.

Mrs. Mensa said that in addition, provisions had been made for back-ups at the regional and district offices of the EC.

“All BVDs meant for the referendum have been dispatched to the affected regions and districts,” she indicated.

Special voting (early voting) would take place on Monday, December 24 at the 48 special voting centres in the districts of the carved areas.

The special voting list for the various polling stations had been compiled and 10,127 eligible voters are expected to vote at the 48 special voting centres in the districts of the carved areas, Mrs. Mensa added.

The Constitutional threshold requires that at least 50 per cent of the eligible voters must cast their votes in the referendum, and of the valid votes cast, 80 percent must be in favour of the proposed creation of the new regions.

It would be recalled that President Akufo-Addo forwarded the recommendations of the Justice Brobbey Commission of Inquiry to the EC to hold a referendum to create six new regions. 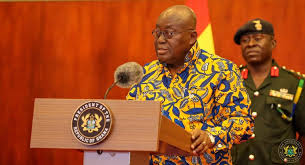 New Regions: There can be no excuse for violence during voting – Akufo-Addo 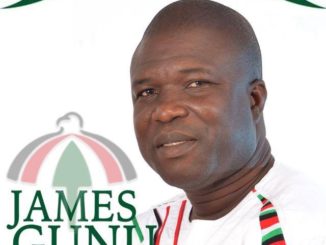