The opposition National Democratic Congress (NDC)has said that manipulating election results will not help President Nana Akufo-Addo win a second term in office in the 2020 general elections, stating that his fate ultimately lies in the hands of the electorates.

According to the NDC, the President’s apparent disregard for what they say is election fraud during the referenda for the creation of new regions is worrying and seemingly an endorsement of the incompetence of the new Chair of the Electoral Commission, Jean Mensa.

Following the referenda, President Akufo-Addo commended the new leadership of the EC for supervising a “free, fair and transparent,” comments the NDC are unhappy with following reports of election malpractices at some polling centres.

Videos of some persons allegedly thumbprinting multiple ballots papers went viral on social media in the aftermath of voting in the referenda.

But at a press conference on Thursday, the NDC’s Deputy General Secretary, Peter Boamah Otukonor, said the President cannot assume such a posture thinking that is a way of winning the 2020 election.

“We also wish to state that, the continuous stay in office or otherwise of President Akufo-Addo will only be determined by the true will of Ghana and not through the manipulation of any election.”

After hailing the EC, the President also commended the security agencies, the media and the Justice Brobbey Commission for their respective roles towards the success of the exercise.

“The new leadership of the Electoral Commission is to be commended for passing its first test by ensuring the holding of free, fair and transparent referenda. The security agencies and members of the media are also to be applauded for the invaluable roles played towards the success of this exercise. I thank the members of the Brobbey Commission, led by the noted jurist, Mr. Justice S.A. Brobbey, a retired member of the Supreme Court, for the thorough and painstaking work the Commission did, which resulted in the recommendations that received overwhelming, popular endorsement,” said the President.

The President further indicated that the process of the referenda had demonstrated to the world, Ghanaians’  “deep attachment to the principles of democratic accountability and the rule of law.”

“It is a harbinger of that national transformation into the free, open, democratic state that is at the core of our national aspiration for freedom and justice. We are chartering new paths in the growth and development of our country, and I am confident that, together, we will put our nation onto the path of progress and prosperity.”

The NDC has also served notice that it will be compelled to demand the immediate resignation of the Electoral Commission Chairperson, Jean Mensa.

According to the party, the EC will face it wrath if the upcoming district level election also records what they describe as gross violations, manipulation and abuse of the electoral processes in the referendum recur.

Deputy General Secretary of the party, Peter Boamah Otukonor, said the matters that arose during the just ended referendum do not inspire confidence in the current leadership of the commission, adding that the Jean Mensa- led administration is a looming disaster with a potential to reverse Ghana’s democratic gains.

“On account of the incompetence of the EC, the evidence of electoral infractions perpetuated in the referenda and the direct involvement of electoral officials in the massive electoral fraud; we will follow closely, the performance of the new leadership at the Electoral Commission in subsequent elections including the district assembly election.”

“Jean Mensa has failed in the first test in the process leading to the conduct of the referenda. A repeat of this shambolic display will leave us with no choice than to demand for the immediate resignation of Jean Mensa and her team, he added. 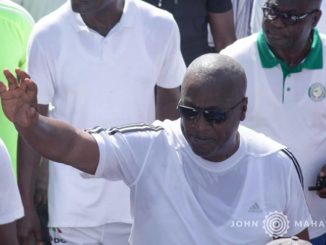 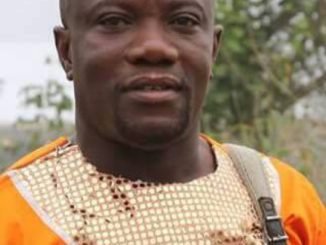 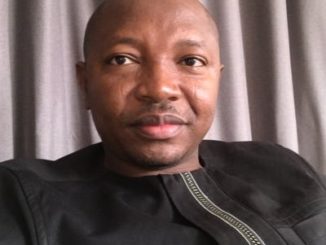