Kwesi Ahwoi, a leading member of the National Democratic Congress, who has been heavily tipped by key elements within the party to partner former President Mahama’s 2020 re-election bid, has coyly hinted of a possibility of the partnership happening to ABC News.

The Former Minister under the Atta-Mills and Mahama administrations indicated that even though he has heard his name among the list of potential people in the grapevine, he has not received any formal communication or had any discussion with the former President or any party member relating to him being the Vice Presidential candidate.

Despite this, the Former Agriculture Minister, did not close his doors to accepting the position should the offer be made.

He told ABC News, “Nobody has told me to be the Vice, I haven’t decided to be the vice. Let it come, when it comes we will cross that bridge”.

In the lead up to the NDC’s flagbearership race in 2018, the Ahwois, a force to reckon with within the National Democratic Congress party, threw their weight behind Former President Mahama, who overwhelmingly won the bid to lead the party.

It is believed that some elements within the NDC, particularly those close to John Mahama are pushing for Kwesi Ahwoi to partner the former President in his bid to regain power come 2020.

The partnership, many believe, will serve as a means for John Mahama to appease that faction of the party after he allegedly sidelined them in his first bite at the presidency.

Last year, it was widely speculated that founder of the NDC, Former President Jerry John Rawlings, had expressed his dislike for an Ahwoi Veep candidate after a tweet of his went viral.

Jerry John Rawlings wrote, “Isn’t the Presidency too busy a place for hopefuls/running mates who spend a little too much time grooming their moustache and dyeing their hair?”

Jerry John Rawlings
@officeofJJR
Isn’t the Presidency too busy a place for hopefuls/running mates who spend a little too much time grooming their moustache and dyeing their hair?

It is still an open race as names of other party stalwarts have been mentioned as potential Vice Presidential candidates.

Persons such as Johnson Asiedu Nketia, Alex Mould and Jane Naana Opoku-Agyeman have been heavily tipped for the position though the party is yet to officially announce who will best complement its flagbearer for the highly anticipated 2020 polls. Minority leader, Haruna Iddrisu has hinted that an announcement will be made by December 2019. 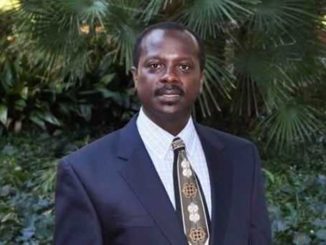 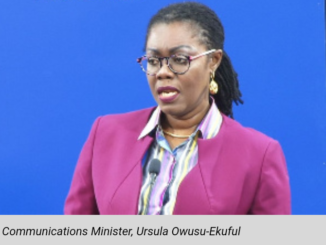 Minister’s not training ground for inters_Ursula 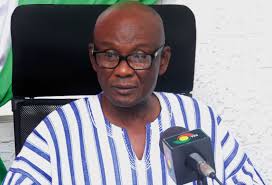