There was drama in Parliament today, September 27, 2018, when the Chairman of Parliament’s Communication Committee, Kennedy Agyapong, and a member of the Committee, Sam George, nearly traded blows in a meeting to discuss the controversy surrounding the Digital Terrestrial Television (DTT) project. The altercation, which was said to have almost turned physical occurred in a meeting with representatives from the Ghana Independent Broadcasters Association (GIBA), and the Communication Committee in a bid to address concerns over the DTT project.

It is currently unclear what caused the altercation.

GIBA has petitioned the Committee to look into claims that government intends to hand over the DTT infrastructure to Chinese firm, StarTimes to manage; a claim the Ministry of Communication has  denied.

Members of GIBA were said to be looking on helplessly while the two – Sam George, Member of Parliament for Ningo-Prampram and Kennedy Agyapong, MP for Assin Central engaged in heated exchanges.

Sam George had earlier told Citi News that the meeting was expected to help resolve the seeming impasse between the government and GIBA on the matter.

“We are supposed to meet with GIBA on Thursday. The agenda is to discuss the issues going on. There are issues in the communication space. And so the committee is going to sit to have a conversation. GIBA has sent in a petitioned to us over the issues involving the Ministry and StarTimes,” he said.

Citi News’ Parliamentary Correspondent, Duke Mensah Opoku, however reported that the meeting has been suspended for a moment “following a near display of fisticuffs between the Chairman of the Committee, Kennedy Agyapong and Sam George.”

The government has postponed migration to digital broadcasting for more than three times.

It however contracted StarTimes in 2012 to supply and install the digital terrestrial television (DTT) infrastructure for Ghana.

The project which cost $95 million was supposed to have been completed before 2015.

But StarTimes allegedly failed to execute the project within the timelines hence the contract was abrogated in 2014 and handed over to Ghanaian firm, K-NET.

The termination of the contract according the then Minister for Communications, Omane Boamah, was due to “failure of the company to secure the necessary funding from the China Exim Bank to execute the project.”

The government then awarded the digital migration contract to K-Net, whilst StarTimes sued the government of Ghana for what it described as the unfair abrogation of their contract with the state.

It later went to the International Court over the issue, but according to the Member of Parliament for Ningo-Prampram, Sam George, Ghana was winning the case until the government in 2017 decided to settle the case out of court in a bid to secure a $19 billion loan from the China EXIM bank.

Meanwhile, GIBA is accusing government of trying to handover the DTT infrastructure to StarTimes to manage; a claim government has refuted.

The Minority in Parliament has already served notice they will drag the Communications Minister, Ursula Owusu before the House over the matter.

Speaking to Citi News, the Minority Chief Whip, Muntaka Mubarak, said their side will haul the Minister before Parliament to provide further clarity and documentation on the matter.

“We have asked members on our side, and I want to believe that many members even on the Majority side in good fate, want to listen to the official positions, then they can react. We are hopeful that it will happen this week then they will seek the help of the Minister to come and give them further and better particulars,” he added. 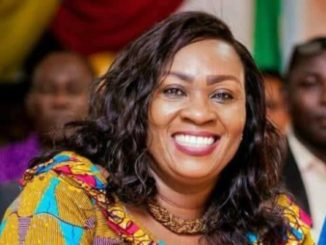 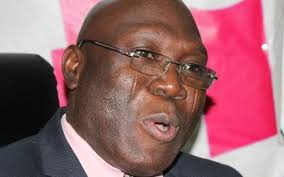 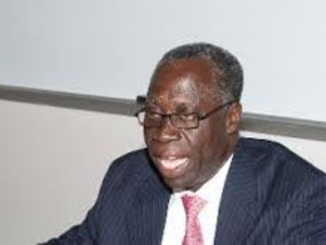