Two people have been confirmed dead at the Techiman Holy Family Hospital while an unspecified number of people are also said to have sustained gunshot wounds following a shooting incident at the Techiman South Constituency in the Bono East Region.

The deceased, whose names are yet to be revealed, were hit by stray bullets when the police and military officers deployed to ensure law and order fired several warning shots to control the crowd following the announcement of the parliamentary election results.

A misunderstanding ensued over the results when it was declared that the New Patriotic Party’s (NPP’s) Martin Adjei Mensah Korsah had won against Mr Beyere of the National Democratic Congress (NDC). Both candidates had earlier   declared themselves winners.

Following the firing of shots, two people who got seriously injured were rushed in an ambulance to the Techiman Holy Family Hospital but were pronounced dead on arrival.

Some of the injured were also put in tricycles, popularly known as ‘Pragya’, and rushed to the same hospital.

A victim believed to be in his 30s who had a deep gunshot wound on his hand laid helpless by the roadside until a ‘Pragya’ came to his rescue and rushed him to the hospital.

There had been tension brewing at the collation centre since yesterday morning following a disagreement in the outcome of the parliamentary results.

Supporters of both the NPP and the NDC hit the streets of Techiman to celebrate even when the EC had not declared the winner of the contest.

After several hours of heated arguments between supporters of the two parties, the EC finally projected the results onto a screen, graphic.com.gh filed. 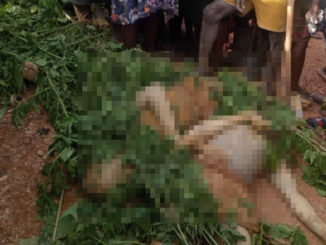 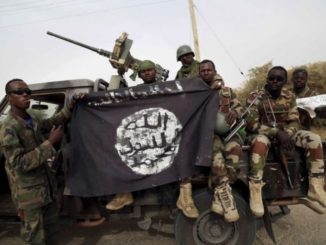 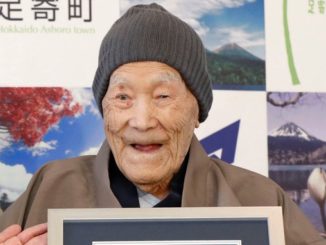