The Chancellor of the Kwame Nkrumah University of Science and Technology (KNUST), Otumfuo Osei Tutu II, the Asantehene, is to reconstitute the University’s Council. The decision was announced by the Information Minister Designate, Kojo Oppong Nkrumah, after the Ministry of Education held a closed-door meeting, with officials of the University Teachers Association, Teachers and Education Workers Union and other stakeholders in Accra.

Professor Kwesi Yankah, the Minister in-charge of Tertiary Education, led the meeting, aimed ensuring that normalcy is restored for academic work to resume at the University in the shortest possible time.

Also at the meeting were the Mr Albert Kan Dapaah, the Minister of National Security and Mr Enoch Cobbinah, the Chief Director, Ministry of Education.

Prof. Yankah is reported to have earlier held a meeting with other stakeholders in Kumasi.

Meanwhile, the National Council for Tertiary Education (NCTE) has asked Professor Kwasi Obiri-Danso, the Vice Chancellor of the Kwame Nkrumah University of Science and Technology (KNUST), to step aside for the Interim Council to conduct investigations into the issues, which culminated in the violent protest on campus, last Monday.

An official source at the NTCE told the Ghana News Agency (GNA) that the Council wrote directly to the Vice Chancellor to communicate the decision to him.

The Government, on Thursday, October 25, dissolved the Council of the KNUST and put in place an interim one to take over the administration of the University, while it investigated the causes of the violent protest, which led to the destruction of school and individual property, running into many thousands of cedis.

The seven-member Interim Council, headed by Nana Effah Appenteng, the paramount chief of Amantena Traditional Area, in the Ashanti Region, was given up to three months to complete its work, which involves prioritising the restoration of academic work at the University to normalcy within the shortest possible time.

The University was closed down indefinitely after an overnight declaration of a dusk to dawn curfew ordered by the Regional Security Council.

The dissolution of the Council by the Government was met with mixed reaction, with some, including the University Teachers’ Association of Ghana (UTAG) citing legal breaches as the reason for their disapproval.

Others, including the KNUST Branch of the National Union of Ghana Students, however, welcomed the decision as the best, given the circumstances.

But UTAG and other university staff bodies threatened a nationwide strike over the matter, and are now engaged in meetings to make a decision.

The students have attributed the disturbances to the alleged ‘authoritarian style’ of the Vice Chancellor; and the resultant suppression of their rights to expression and association, leading to alleged human rights abuses by the Campus Security. 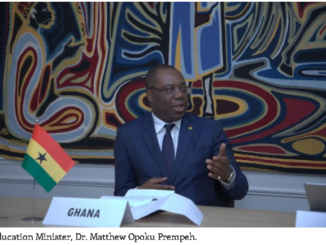 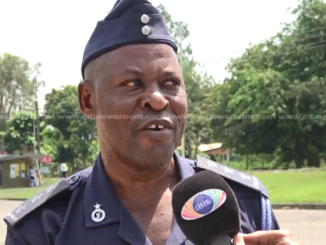