Mr Daniel Domelevo has been ordered to proceed on a 167 mandatory leave.

About 435 Civil Society Organisations (CSOs) have launched a campaign to put pressure on the Presidency to rescind a decision to compel the Auditor General, Daniel Domelevo, to proceed on leave.

The Coalition of CSOs believes the President’s directive to the Auditor General, who is reputed as a staunch anti-graft campaigner, flouts the spirit and letter of the 1992 Constitution.

Mr Domelevo has been compelled in a letter from the Presidency to take his accumulated 167 days leave, spanning some three years of continuous service.

Although the action has been justified by the Presidency as appropriate and grounded in the law governing Public Service Commission, the decision has been criticised by some legal experts.

Critics say the proceed-on-leave directive is inappropriate because the nature of the law that creates the Auditor General’s office is similar to those that create the office of the CHRAJ Commissioner and the Chief Justice and hence must not be under the control of the Executive.

Addressing a press conference at the head office of the Centre for Democratic Development (CDD-Ghana) in Accra on Tuesday, July 7, 2020, Executive Director of the CDD, Dr Kojo Asante, urged the public to support the #Bringbackdomelevo campaign to achieve the needed impact.

On behalf of the Coalition of more than 400 CSOs, Dr Asante said at the press conference that it is a big disappointment for Mr Domelevo to be asked to proceed on leave because it undermines the national anti-corruption campaign.

“The action (of the President) weakens Ghana’s quest for democratic governance,” he said.

Dr Asante said the public anger that greeted the President’s directive should send message to President Nana Akufo-Addo that Mr Domelevo must be returned to office.

The framers of the 1992 Constitution count not have intended to create a simple employer-employee relationship between the appointing authority (in this case the President) and the Auditor-General thereby making the President a Human Resource Manager, administering leave schedule of heads of independent government institutions,” he said.

The Coalition of CSOs says that will be an absurdity and will operate to interfere with the independence of those offices.

The CSOs said they are confident that the President will heed their call to return Auditor-General to office.

Meanwhile, the man who has been asked to act in the capacity of Mr Domelevo, Johnson Akuamoah Asiedu, recently cleared the details of a transaction that Mr Domelevo had raised issues with.

Mr Asiedu stated in a letter to the Senior Minister, Yaw Osafo-Maaafo, that he was satisfied with the documents relating to the $1 million Kroll and Associates Limited deal.

Mr Domelevo had stated after an audit that there was no evidence of work done in that deal.

The expression of satisfaction came just one day after the Auditor-General, began his 167 days forced leave.

The signed letter by the acting Auditor-General addressed to the office of the Senior Minister and sighted by the GhanaWeb stated that “reference to our letter dated 25/6/2020 and yours dated 30/6/2020 and the inspection of documents in your office on 2/7/2020”.

“We wish to state that we are satisfied with the processes and therefore propose that the lawyers inform the Supreme Court accordingly to enable both parties go back to the High Court to continue with the proceedings in that court”. 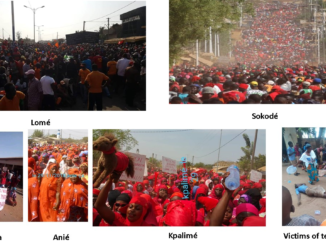 Togo: Massive demonstrations across the streets of the capital, Lome and other cities against the unilateral legislative elections by dictatorship regime 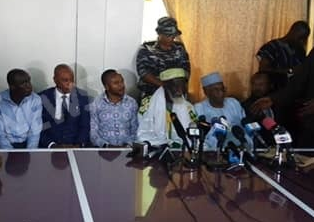 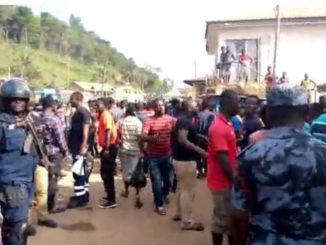