Prostate cancer is not an equal opportunity disease. Black men in the United States have substantially higher prostate cancer incidence and mortality rates than the general population. They are also more likely to be diagnosed with an aggressive form of the disease—which is typically treated with surgery and radiation therapy. Yet, black men are less likely than white patients to seek treatment, and when they do, their doctors are more likely to recommend a watch-and-wait approach over surgery or radiation therapy, according to recent research. Disparity in incidences and treatments

One study, published in July in the European Urology medical journal, examined national cancer registry data on nearly 224,000 white men and just over 59,000 black men aged 40 or older and diagnosed with prostate cancer between 2004 and 2013. Researchers found that 83 percent of white men were treated with surgery or radiation, compared to 74 percent of black men. Overall, more than one-third of the 356 facilities included in the study were more likely to treat white men with surgery, radiation therapy or a similarly aggressive treatment, compared to black men with similar tumours. In only 1 percent of the facilities were the numbers skewed in favour of black men receiving surgery and radiation therapy more often than white patients.

Cancer experts do not know the reasons behind the disparity, but they say educating black patients about their options is critical to their prognosis. “The misconception that all prostate cancers are slow and you will ‘die with it and not from it’ should be dispelled,” says Dr. Scott Shelfo, Medical Director of Urology at our hospital near Atlanta. “African Americans do and should have different screening recommendations where screening begins at age 40, rather than age 55 for a white man without a family history of the disease.”

Treatment approaches vary according to the type of prostate cancer, its stage and the level of risk  that the cancer will spread. Options range widely, from active surveillance, which involves actively monitoring very early stages of the disease for signs of growth, to hormone therapy to surgery, radiation therapy, chemotherapy, immunotherapy or a combination of therapies.

Past studies have identified race as a differentiating factor in who gets which prostate cancer treatment. A 2013 study published in the Journal of Clinical Oncology found that non-white men were less likely to have surgery for prostate cancer. It also concluded that a higher percentage of black patients with stage II, III or IV disease do not undergo any treatment compared to whites.

The reasons may have something to do with how men view the disease. A more recent study, presented in June at the American Society of Clinical Oncology annual meeting, suggests black and white men prioritize prostate cancer treatment differently. Researchers from the University of North Carolina Lineberger Comprehensive Cancer Center surveyed nearly 900 white men and about 300 black men on two key questions: How aggressive do you think your cancer is, and what’s important to you in dealing with it? 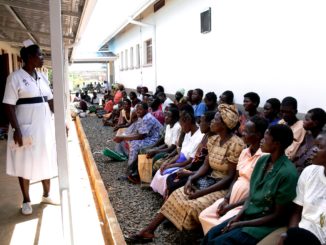 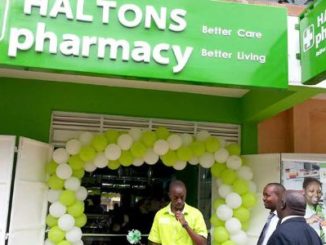