The Akufo-Addo government, has been captured by an international organization, called “Open Source Investigators” (OSI), comprising of investigative journalists, researchers, fact-checkers and data experts, providing in-depth research behind political stories, to be paying an annual fee of US$300,000 to an American lobby and PR firm; KRL International.

The company, had done an election consultancy job for the then New Patriotic Party (NPP) Presidential candidate, Nana Akufo-Addo in 2016, at the cost of US$100,000, through an organization “I Am For Nana Foundation” which was created by the then opposition party, to fund its presidential campaign.

However, “OSI” establishedthe alleged use of public funds by Ghana’s President, Nana Akufo-Addo and his cousin, Finance Minister, Ken Ofori-Atta, to illegally pay their foreign election consultants, after the NPP’s 2016 electoral victory.

The new consultancy services agreement dated June 28, 2017, signed with KRL, required the Government of Ghana, through the Ministry of Finance to pay their American consultants, US$25,000, every month from June 30, 2017 to June 30, 2018.

The US$300,000 a year contract, which was subject to renewal was signed on behalf of the government of Ghana by Mr Ofori-Atta’s Deputy, Charles Adu Boahene and KRL International LLC, a Firm incorporated under the laws of Nevada, United States of America (USA), represented by its Chief Executive Officer (CEO), Karen Riva Levinson.

The US$300,000 a year contract excluded, other payments, including sponsored trips in the US and trips to Ghana to meet with officials of the Akufo-Addo government.

But the initial agreement with the Ghana government, has become a subject of discussion at the US Department of Justice.

KRL is known for engaging in dirty lobbying on behalf of even dictators and warlords around the world.

OSI, released the 2016 document filed by KRL International to Justice Department, bearing the signatures of Ghana’s Finance Minister and Chris Beaty, who was identified as Managing Director of KRL International.

The investigators, also released the June 28, 2017, document bearing the signatures of Deputy Finance Minister and Karen Riva Levinson, identified as a long-time associate of Chris Beatty.

Interestingly, she was mentioned, to have been involved in the Kosmos Energy-sponsored smear campaign against Ghana in 2009-2010, during the Atta-Mills administration.

It is unclear, whether their work led to the sensational banning of then Chairman of the Ghana National Petroleum Corporation (GNPC) Ato Ahwoi and others from entering the US.

Parts of the OSI investigative piece published on their website www.opensourceinvestigations.com/ghana/ghanas-president-illegally-used-public-funds-to-pay-his-foreign-election-consultants.

Details of the 2017 Consultancy Service agreement identified the government as “The Client”which had engaged”the services of the Consultant to work with the US Administration and Congress to help develop strategies and set achievable goals to support the Economic and development Agenda of the Government Ghana”.

KRL was to “Implement programs and facilitate contacts and communications as directed by the Ministry”, adding “the Consultant may engage with specialized consultants for additional support in certain areas, as approved and agreed to by the Client”.

It said that “the Consultant shall provide the following specific services during this engagement: a. Provide a strategic plan action in consultation with Government,Provide assistance through the Ministry of Finance, and as may be directed, to other relevant institutions of Government that are engaged in the bilateral relationship with the United States of America (hereinafter referred to as US” and “Provide technical assistance to the Ghana Embassy in Washington D.C, on issues of mutual interest and concern to the Governments of Ghana and the US.

The government of Ghana also expected KRL “to engage the US Administration and the US Congress in support of the policy and programmatic objectives of the Government of the Republic of Ghana”.

Furthermore, the agreement expected KRL to “engage with the donor community to identify areas of potential collaboration in support of the development and policy objectives of the Government of the Republic of Ghana with specific focus on managing public debt, expanding the economy and creating jobs”. 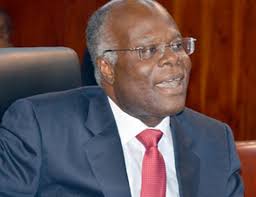 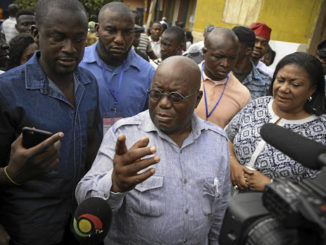 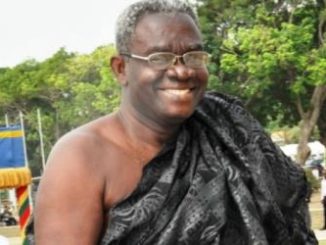