The President, the Minority said, is the epicenter of all the corrupt deals and plain thievery occurring in the New Patriotic Party (NPP) government.

They argued that the story of the missing excavators and the fact that top persons within the party have conspired to loot these equipment and send them to their personal mining concessions speaks loud enough of the Akufo-Addo administration.

Speaking in an interview with GhanaCrusader.com, Minority member for Damongo, Adam Mutawakilu, noted that some illegal miners were picked up by the police sometime ago and a directive came from the Flagstaff House for their immediate release.

The CEO of the Forestry Commission, he said, admitted to the situation and confessed he has no control of the situation because the engine of control is the office of President Nana Akufo-Addo.

He noted that the Minerals and Mining Act, Section 99 (5), clearly spells out how equipment, minerals or products (semi-processed gold) seized from illegal miners should be catered for.

“These should be kept under custody of the Police. So the confiscated excavators should have been with the police.”

“In this case, the law was put aside by the Minister of Environment, Science, Technology & Innovation, Prof. Kwabena Frimpong-Boateng who decided to use his own law to determine where the excavators should be kept.”

“This is to ensure that the excavators vanish for their own selfish needs because they are involved,” he stated.

Mr. Mutawakilu noted that the Mines and Mineral Act, Section 99 (7) as amended in 2015 also directs the Minister to, within 60 days, allocate the confiscated equipment to public institutions and gazette same for the public to have full knowledge of where each of this equipment has gone to.

The Minister, he alleged, deliberately breached these laws so that the confiscated excavators together with SUV’s, Pick-ups and 4-wheel drives could be shared among NPP bigwigs.

We have 300 excavators confiscated from illegal miners – Government.

He stated that new information coming in indicates NPP General Secretary John Boadu, the Ashanti Regional Chairman, Charles Bissiw, and the Professor Frimpong-Boateng himself, all possess mining concessions where some of the missing excavators have been sent to.

Some members of Parliament, he said, have also benefited from the looting of the excavators and cars, including MP for Ayawaso West Wuogon, Seyiram Alhassan.

According to him, President Akufo-Addo should have fired the Minister by now but because the trail of this massive corruption leads directly to his doorstep, he is incapable hence the massive cover-ups.

The police have picked up several persons in connection with the missing equipment and vehicles but the Damongo MP insisted they are just fake because the ‘big fishes’ involved are still swimming freely.

Frimpong Boateng, he said, should have been the first to be arrested for breaching the law and allowing others to take advantage of the situation to steal the excavators and vehicles. 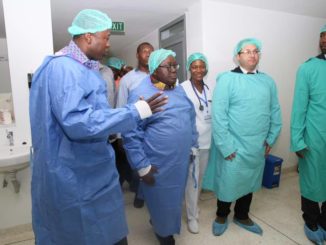 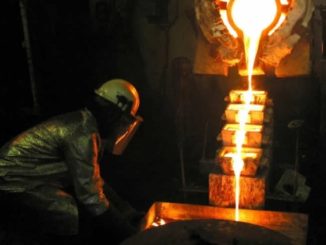 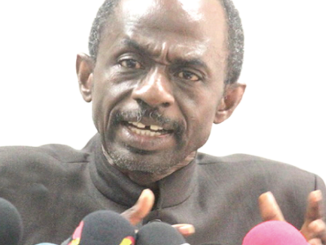